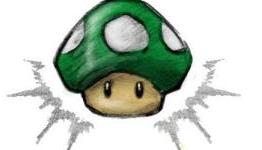 To Never Blow a Warp Whistle: The Case of N.

The case presented was an anomaly. As such, names will be withheld. The subject – whom will be referred to as “N.” – is a twenty-two year old female at the time of this study. She has been gaming since she was a young child. She owned a SEGA Genesis and various other generational systems since then but none of the Nintendo systems prior to her current Wii. What makes her unique? She has never played the “Super Mario Bros.” games.

nerdvice.com
- Comments (0)+ Comments (0)
TopNewestOldest
The story is too old to be commented.
90°3