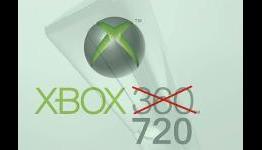 If you've been a gamer for the past decade and experienced the change in generation you'll know that most old systems are discontinued after the successor is released. Of course the exception to the rule is the PS2, but systems like the XBOX and Gamecube were forgotten quickly after the Wii and Xbox 360 were released and the same is true for most systems in the past such as the Super Nintendo, Nintendo 64, Genesis and so on. The generational transition that is approaching may not turn out like years past as Microsoft is shifting the image of the Xbox 360 in an attempt to future proof its system.

As long as they support it with good games, maybe downgraded versions of 720 games, I could see it lasting. Now if they only keep it for netflix and move ALL games to 720 then I could see an issue. Like the author said it's definitely a good all in one system and graphics wise will satisfy some...just as long as they continue to release most/same games on it even if they are a slightly lower quality from 720 graphics, then I think we'll be good.

Who is "they"? Surely you don't think MS ports every game to the 360 themselves.

It will have a longer bridge life for the many that cant afford a new system yet or those that play pc but dont wanna spring for the new one. Its because of xbox live. Most downloadable game could appear on both. I dont see games being made for it for long. The ps3 will absolutely because of blu ray. If only for that ill put it in my bedroom.

MS hasn't had a plethora of exclusives since 2 years ago. How they gonna support it? With more twitter and facebook apps? Now I hear that their top priority is Windows integration...who ever asked for that? I'm done with M$. They never cared about games. Domination and profit were all they ever had in mind imo.

I could see some games getting released on both systems, but I think that is mostly up to the publisher and development studio. I would expect big blockbuster games to only be released on the 720 in an effort to push hardcore gamers to upgrading. Kinect games and sports games would probably be released for both systems as well as games like need for speed and forza.

True but one thing going for the 360 say over the original xbox is the install base. I doubt developers would want to miss out on the millions of 360 owners compared to the low number of 720 when it's new. Sure in time the 720 install base will catch up but for the forseeable future it makes sense to release on 360 and move as much product as possible.

I think the biggest thing that will attribute to the 360's staying power is the evolution of Xbox Live and the social media craze. The 360 will be relevant as long as Facebook and Twitter are around since Microsoft will do a ton of marketing explaining to the consumers that all you need is a Xbox 360.

I'm sure they will eventually, but I think the 360 will stay around for years even after the next generation starts due to the economy and the main stream consumers interest in social media and streaming movies. Even if they stop making games for the 360 Xbox Live is still a paid service that can make Microsoft money on the 360.

Did the first Xbox serve a purpose when the Xbox 360 came out?

Not really, the original Xbox didn't have all of the digital applications and abilities that the 360 has. Since the Xbox was Microsoft's first attempt at a game console they mostly used it to figure out the market and then ditched it once the 360 came out.

It serve's the purpose of being a budget gaming system compared to the next gen XBOX cause not everyone will be able to afford it.

If Microsoft is smart, they'd market the Xbox360 as their casual console, and continue pumping out Kinect-style games and multiplatform titles on that console for cheap.

Then, that leaves the nextBox open for mainly core games. So they can focus on the core gamers who are willing to spend a large sum for their new console at launch, or within the first few years.

Sony is in the exact same position with their PS3. Both of these consoles have some sort of online support in a way we've never seen on consoles previously. So what they choose to do will be treading on new ground no matter what happens.

It'll be interesting to see what happens. But I can see one wrong move tarnishing how people see them. Since they both have such social platforms, you could lose a lot by making one tiny mistake.

The 360 will get games (crossplats) as long as the PS3 is on the shelves, plain and simple.

The two consoles are forever intertwined.

Just release the next xbox already.

3rd party devs will most likely continue to pump out titles for the 360, with the exception of some big budget multiplat games made for next gen.

1st party will pump out next gen titles, and Kinect titles for the 360 and next gen.

And hopefully it will be backward compatible, but if it's not oh well. Just carry over all gamer profile achievements to next gen.

Of course not. It doesn't even serve a purpose now.

and yet it is still managing to give Sonys console a good run for its money.

as poster above me said haha honestly were not going to see anything new in next wave of consoles other then tessellation and direct x 11. We have had that for quite some time now on pc but anyways. Ill go where the games are. Been quite happy with steam in terms of $$ worth and sony with their exclusives has kept me somewhat entertained.

Next gen pc/ps4 and I am set. maybe wiiU.

For sure. Microsoft has been smart about switching its focus to entertainment and families lately. These are the people that will continue to look at the Xbox 360/Kinect as a cheap alternative to what is likely to be costly next generation consoles.

Xbox 360 is already HD, so its a step up from the Wii, and with around 70 million consoles in peoples homes, I'd think third party support for the Xbox 360 will continue to be strong. Just because the Xbox 720 will come out, doesn't mean all 70+ million Xbox 360 owners stop playing the current 360 at the same time. Some people eventually switch.

I know I usually get the new consoles right away, but some of my friends and family cant do this financially. So I'll almost certainly still be playing on the Xbox 360 on COD, Battlefield or whatever else is out at the time.

I think it will still be supported by 3rd parties, the 360 has a huge install base and there is really no reason to give it up like the original xbox. I really have no idea what MS themselves are doing...to be such a rich company they still have very little invested in their 1st party games/exclusives - they seem to be happy milking the money out of typical licensing fees and Xbox live fees.

While i still think the next Xbox will be successful I think they kinda blew it in the end with the current box. They had a chance to really hurt Sony but they just relaxed, and Sony has surpassed them now ever so slightly despite releasing a year later and with a 600 dollar console at launch.

With current rumors putting Sony wanting to launch first or at least really near the xbox and probably at reasonable prices this time, the next xbox has already lost 2 key advantages from the previous launch.

realistically, yes. not everyone will buy a new console in its first year or 2.

I'm pretty sure they will drop the 360 in favor of their new console. They might, and this is a big might, allow you to use kinect on the new console, but thats about it.