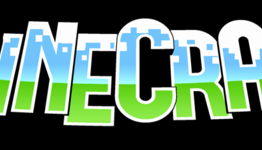 With the long anticipated wait finally over, Minecraft has finally found its way to our Xbox 360's this week. With the majority of the excitement behind us, players around the world have been spending countless hours mining and crafting in the addictive sandbox hit. Whilst the reviews for the game have indicated how much of a hit it is, when compared to the PC version of the game, the Xbox 360 version is essentially a year old in features.

Four dollars? it costs just under £17 in the UK, I doubt very much it sells for $4 where you are.

When it was first out for PC it was $7 (if memory serves), which is £4 for us UK folk. I think he's referring to it's originally low price.

Unfortunately it's not an indie title. If it were, it would be found under the indie games tab on the dashboard.