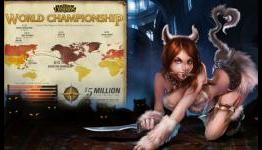 Hey, League of Legenders! Sharpen your kill Kits, someones about to get ganked!

What new eSport united more than 2 million viewers by keeping them glued to a live circuit event in 2011? What eSport is offering the largest purse in history of 5 million in prize pool money for their “eSports” tournament? No, it wasn’t anything on ESPN, even though it had a bigger audience than a Major League Baseball game on said network, it was…wait for it… League of Legends!?

mmogamecentral.com
- Comments (0)+ Comments (0)
TopNewestOldest
The story is too old to be commented.
60°4