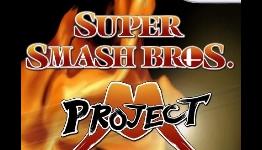 Project M is a community-made mod for Super Smash Bros. Brawl. The mod integrates elements from the GameCube's Super Smash Bros. Melee. including gameplay balancing, new levels, character changes and enhanced speed of play. Demo 2 of the mod was recently released. We spoke to the Project M team to find out more.

thedialogtree.com
- Comments (0)+ Comments (0)
TopNewestOldest
The story is too old to be commented.
200°20

Nintendo will not allow Super Smash Bros. on the Evo 2022

Sakurai unsure if Smash Bros. can continue without him

“SUPER UFO FIGHTER” is coming to PC and the Nintendo Switch on July 14th, 2022