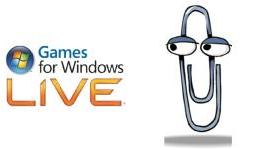 Which Microsoft Creation is More Despised: Clippy? Or Games For Windows Live?

Kotaku: "Being not a PC gamer or a Windows user, I only know there are 226,000 results for searching the phrases "games for windows live" and "piece of shit."

Adhttps://www.youtube.com/watch?v=IJUbGKExS0A
- Comments (17)+ Comments (17)
TopNewestOldest
Expand all
The story is too old to be commented.

Well, seeing how Chippy can be turned off. Isn't something that you're forced to use while trying to access something else and then directly interferes with that separate thing.

Well, it's the most intrusive platform available and it's almost as if MS does not want you playing games on PC. Each time I've had to use it, it's required an update and several restarts. I've only been forced to using the damn thing 4 times (Bioshock 2,Batman AA, Batman AC, GTA4). Each time brought about a new set of issues. Not major issues, but things like not being able to copy the CD key and past it into the boxes in GFWL, or the requirement to sign in to my XBL account.

The main problem with GFWL is how little MS supports it. Why? Because it's free, unlike XBL which gets so new app or some s*** every 2 weeks. MS has also tried to shoehorn the console experience into PC gaming with out that support. It's a failed experiment and It's the only dead platform for PC gaming, yet so many big name devs insist on using regardless of how universally hated GFWL is.

Dear devs, GFWL is terrible. Do not want...

Apparently someone disagreed with you and thinks GFWL is amazing. You are right though, it is garbage, and the fact we are forced to use it for some games doesn't help. If Microsoft had given it half the support they currently give XBL, maybe it wouldn't be so bad.

A clunky interface, slow response, having to restart several times... all of these contribute to its failure. Hell, Microsoft could unite PC and Xbox users with cross-platform play with their exclusives if they would take the time to actually make GFWL work.

How can you not be a Windows user?
What do you use? Macs? lol Apple fanboys.

I actually recently switched to a Mac and although they are not great for gaming, I am finding it much easier to use and better for me as an all-round computer than a windows machine ever was.
Don't judge someone who likes Apple to be a fanboy.
From your comment you seem like a fanboy.

If it was too hard to use, maybe you're just too lazy. You should have went with Ubuntu as it'll run side by side with Windows on your PC and it's not an over priced, locked down apple product. You're a fan boy if you can justify spending 3x as much for 1/2 the product. Heck, Macs even run Windows (Well, IBM) hardware now. They're in no way different from Windows computers now.

He has a constitutional right to choose what he spends his money on, if he wants a Mac then that's his choice. There's nothing wrong with making life a little bit easier.

Yeah, but then you lose your right to chose after that because you tie all your stuff to apple software. If you chose Mac, you're a uneducated idiot with lots of money to blow stupidly.

You lose your right because you tie all your stuff to apple software? WTF kind of statement is that? What does that even mean?

Does that mean everyone who buys a copy of Windows sells their souls to Microsoft?

It's like this...nobody needs a Ferrari because the speed limit is 70mph top end, does that mean that nobody buys Ferraris? Nope, people still buy them because it's their money.

Also how are all mac users uneducated idiots? That statement itself shows me how intelligent you are...

Games for windows live by a mile any dev still using it doesnt get my money.

GFWL is a buggy/non supported by MS piece of shit....patches are months late and many have had their save data erased.......MS should just scrap the service and continue to release their PC games on Steam/other digital services..

From the four games that I have that use it, I can say that iv not had a problem with GFWL so far.

But yeah, I try to stay away from it which sucks, means I don't get to play games like Batman AC, plus any upcoming games that's going to use it.

The quicker it dies the better, but with W8 incorporating Xbox Live (correct me if I'm wrong), I feel were in for a rough ride.

Im still buying dark souls regardless. It better not delete my save.

I haven't see clippy once on my computer o_0. Where can I find him?

If memory serves correctly, he was found in Microsoft Office (notably Microsoft Word)... I think before 2003 edition.

Ah, that explains why I haven't seen him.

Im a gfwl fan i like the achieves in games that arnt on xbox can be a nightmare to patch some games but i have allways found a solution in forums, i even buy the multiplats again batman AA has 4,000 diff points due to changed editions goty or standard i also got Battlestations pacific again amazing game.