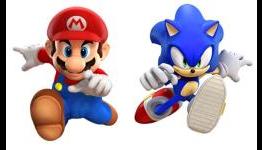 Has Sega Given Up on the 3DS for the Vita?

Is SEGA ditching the 3DS for the Vita? Not only have games in development dropped vastly for the former and significantly increased for the latter, the actual projected sales for both are skewed in a way that's disheartening for Nintendo and Sega fans.

Read on to find out the details, and our opinion as to why this is happening. Chime in with your own thoughts!

It's no secret that 3rd party games have a lot of trouble selling on Nintendo consoles/handhelds.

Any smart 3rd party would be releasing their games on the competition as well.

Well the main reason why people buy a Nintendo handheld is to play Nintendo games so it isn't a surprise to see 3rd party titles sell poorly in comparison to Nintendo games. Just look at the sales of revelations and compare it to Super Mario 3D land or Mario Kart 7

It's a shame to not see Revelations sell more because it really is a great game according to fans of the franchise.

half million for such a small install base compared to more established system is not bad at all. it just nintendo games sells like crazy!

You forgot monster hunter 3g, which has passed 1.5 million in japan alone and continues to sell.
Or harvest moon(Japan), which has seen its highest sales in years on the 3ds.(although, this isn't common knowledge...) And rune factory 4 has seen massive pre orders, which is surprising for a series that sells most of its units through day one non pre order sales.

3rd parties usually do fine on Nintendo systems as long as they make good games. But expecting them to outsell Mario, a household name the world over, is a bit unrealistic.

And I highly doubt that Capcom are unhappy with revelations sales, as the producer wants to make more re games for the system. Which some rumors say will be available by years end

But despite RE:Rev being a quality game, it sees only a fraction of what the first-party games do. This has plagued Nintendo systems for a while now, and could very well be the reason why a developer would shift support to a different system.

So you mean to say Nintendo 1st party games are both blessings and curses?

No, they'll make games for both.

Sega has no clue what they're doing. All they've done is stumble around in the dark trying whatever they think might turn their ship around.

They're likely turning to the vita since it has an older demographic and will undoubtedly rehash their excellent titles from decades past to garner nostalgia and make a buck.

Sega is just releasing their launch window games for vita, just like with the 3ds in the previous year. They aren't ditching anyone.
That's like saying 5 is less than 2+3: Nintendo already has the support(5) and Sony is next in line to receive an equalizing amount(+3), as it is the newest freshest console.

(The numbers aren't actually representative of the number of titles released. Just randomly chosen numbers to illustrate my thoughts.)

They didn't go from making 18 games to 3: they released their 18 games and, as far as we now, are projected to be making 3 more as of now.

The same will happen with the vita by next year: they are establishing a presence on a new console, so they need more games initially.

I think the reason why 3rd party titles don't do well on nintendo platforms is they often get over shadowed by nintendo's first party offerings.
nintendo was smarter about this with 3ds they waited about 6 months to release a high profile game after launch(not counting oot 3d and star fox 3d as they were ports)

It gave 3rd parties a better chance to get high quality titles out there before first party games came out.

Exactly. And console sales dwindled, third-parties took forever to launch proper games on it, and Nintendo lost a lot of money.

I'd love to have a Sonic Generations type game or Sonic Adventures 3 for vita.

Sega is in a very precarious situation, they cant afford to lose money and unless you can put "developed" or "published by nintendo" on a 3DS game then the game will not succeed as it should.

Sadly is nintendo fault for being DAMMM good.

Who wants to cook their chicken without anything with it when you can cook your chicken with rice or noodles and steam fried vegetables?

The reason why Sega is moving on and leaving out the 3DS is because the 3DS doesn't offer chicken with rice or noodles and a full meal course. It offers less, where as the PSVita, offers everything and beyond.

That's not really an accurate analogy given that the start up cost of a Vita is influenced by those extra bells and whistles, many of which are unnecessary.

It really comes down to what you prefer. An example: I don't own a smart phone. I don't want a smart phone. Yes, I realize that smart phones can do things that my regular old flip phone can't. But here's the issue: I don't need a phone that can do those extra things. I have internet at home and at work. The only thing that a smart phone offers me is MOBILE computing, and I don't need it. So, the cost associated with those bells and whistles isn't worth it to me.

I think that many gamers interpret the Vita the same way. Yes, the Vita can do all sorts of stuff. I don't need it to. I have internet at home and at work. I don't own nor have any desire to own a PS3, so that compatibility is pointless to me. None of these things are BAD, in of themselves, but since I can handheld game for much less so long as I sacrifice features, why pay more for it?

If the Vita is right for you, great. But don't state its specs as "evidence" that Vita is a better development platform for a company when it clearly isn't right for many gamers. You're basically saying that what is right for you should be right for other gamers and for all companies.

Nope, I'm basically saying the PSVita is over 9000 times better than the 3DS.

Attention, everyone! Unexpecta has an opinion, therefore it is the "end of discussion". Good to know. Let us know how that works out for you.

Actually, SEGA is going through restructuring right now, and are cutting back on all titles across all platforms. That's why there will only be 3 games coming out for 3DS over the next 12 months. All systems are having severely less SEGA support because they are "focusing on key franchises." In other words, they are going to be scaling back, and hopefully focusing more on quality, rather than quantity.

They would be pretty dumb to stop supporting a 15 million plus handheld for one thats under 2 million and selling less every month. The launch is over and thats when crappy games (like 99& of sega's) wouldve sold because people buy anything available. Im not bashing the vita its a great handheld but its slow right now and wont pick up steam till a price drop and a slew of big established franchises release similar to the 3ds getting zelda, mario, resident evil, kid icarus, tales, monster hunter, mario kart, mgs3, and kingdom hearts all within a relatively short time frame.

And yes Revelations was the bomb. It deserves millions in sales but the game has legs. Any core gamer who gets a 3ds will buy it whenever they get a 3ds.

Shinobi was considered quite bad and Sonic Generations wasn't a very good version.

Pushing support towards an install base of 2 million, rather than 17 million, isn't a smart bet, they'll put more money into mobile games surely.

500,000 for Resident Evil isn't bad at all. Think about this, has anyone even seen a commercial for that game....how many magazines advertise it.... or do you seem images posted on the walls of your favorite website? 3rd parties never advertise properly at all when it comes to Nintendo platforms...and their sales suffer. Its not Nintendo's fault if their IP's don't need marketing because they are over with gamers.

Now back on topic, Sega needs to bring better titles to the table anyway instead of games like Crush 3D, or even worse, liscensed games like Thor and Captain America. Sonic and Shinobi were the only real core games they brought to the table. Make a new Streets of Rage, Toejam & Earl, Vectorman, Altered Beast, Panzer Dragoon, Nights etc. Not Super Monkey Ball or Puyo Puyo Pop. Its their fault because they push crap out and expect it to sell. Make the games I listed and market them and things will change !