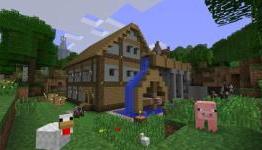 While plenty of concessions were made to bring Minecraft to the Xbox 360, it's good to see that the overall depth and flexibility that made the original so engaging aren't completely sacrificed. However, despite the nice multiplayer options, the improved accessibility, and the refined crafting system, the missing elements are a sizable backslide from the PC version. But is the core foundation still a lot of fun? Absolutely--if you temper your expectations.