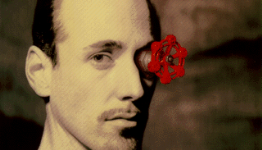 Is Valve waiting for next-generation consoles to release Half-Life 3?

NeoGamr: "When will Valve finally release the next chapter in the Half-Life franchise? Probably not for a while, if Microsoft and Sony's plans have any impact on the game's development."

Wouldn't be surprised but it seems as though they're setting up the fans of their game for a disappointment. We all wanted a FF game to release and we got a shoddy one.

I have faith that valve will make a good game but it seems as though most games which have a 4+ yr development (i bet it will be something like that) tend to end up badly.

Im sure valve will prove me wrong though :)

Do you know nothing about Valve? They don't give release dates any more because they don't know when they'll be finished. Their original plan was to release EP1, 2, 3 within a couple years. They overshot the plan and EP2 took way longer than they expected. That's why they are such amazing games. I don't really care when they release the next Half Life because I know it's going to be good and I can wait for it. Half Life 3/EP3 will be amazing!

Yep, Valve is the new Blizzard.

edit: Assuming HL3 is released next gen then I think it's highly likely we'll see a whole new engine with it.

Diablo 3 is awsome! 10 years since diablo 2! And it comes out this week!
I couldn't play half life 3 on console.
It's a pc game.

I'm the same way. I originally played it on Console, but bought 2 and episode 1 and had 2 on console and I just couldn't bring myself to play E2 on console. Had to buy it on PC.

Valve might be waiting for new hardware to be released.....i expect HL3 to be shown running on the new source engine in 2014....

Maybe valves very own system that has been rumoured?

Half-Life 3 exclusively on valves own system now that's a winner, hopefully not though as that would suck donkey balls. :(

Yeah i don't think they would make it exclusive to anything. It'll most likely come out on PC, 360, PS3 and most likely the next gen consoles.

Valve do what they want. So far, it's worked pretty well for them. I don't mind waiting, as I know the pay-off will be worth it.

No. Half-Life is, and always will be, a franchise developed primarily for the PC. Maybe consoles will get a port.

Anyone disagreeing with this is either retarded, underage or ignorant. It's a fact, not opinion.

until a year ago I would have totally agreed to this statement.
but as said in the article valve has realized how important consoles are for selling a decent amount of copies of a new game.
so even valve will put more resources to the console ports of the next hl3 game and probably they will even release all versions at the same time.
so I still agree but we have to realize that the times are changing and even pc developers like epic, id and blizzard are dependent of the console hardware makers.

I agree that Valve releases their games on the consoles for profits and other marketing related stuff that comes with releasing on those platforms.

But it's pretty untrue that Valve needs the consoles to create acceptable sales for their games. The PC version of HL3/EP3 will absolutely still be the best version, and it will still be the lead.

Also Blizzard is absolutely not dependant on consoles. Epic and ID? Sure, but not Blizzard. If you hadn't noticed a Blizzard PC exclusive broke Blizzards Pre order record recently.

And? Valve is a great developer, not a hardware manufacturer. Why does it matter which hardware they're initially developing for?

Oh man... he have to wait so much time for these games to be made just because of the graphics...

Unless they plan on using a radically different engine from the one they've been using for decades...just no.

Make it for PC please. we are already in the triple next generation

Why would Valve wait for new consoles to release a PC games?

Did you read the article, or are you just going off the headline?

If Valve is waiting for the new consoles to release HL3, then I'm going to lose a TON of respect for them. They've always been a PC developer and have always treated the PC crowd with the proper respect they deserve. To delay a game for a console would be a slap in the face to the PC crowd.

That being said, I don't believe for one second that Valve is delaying the game for the consoles. It's just the way Valve works. They take forever for everything they do. That's part of the reason everything they make is brilliant. Throughout it all though, they've never forgotten their roots *cough* Infinity Ward *cough* and have always treated the PC games they make like it's the only platform they develop for.

I don't think they're 'waiting' for anything. They're just toiling away trying to make a worthy sequel to Half-Life 2. That sort of thing doesn't happen in a 2 year dev cycle. As someone who's been eagerly awaiting the next chapter of Half-Life for 5 years now, I've stopped caring about when it comes.

If they push the bounderies of pc's while waiting next gen consoles to make it possible to port then it would be a great move.

after all the wait I hope for a new engine.

valve gives less than 1 half of 1% of a shit about consoles, in fact, they hate them, the only reason the ported some of their games to the 720p lag machines was to make a little extra cash

steam makes more money than xbox live and psn combined, they are laughing their asses of at ms and sony.

ps3/360 are LAST GEN, they will be gone in a few months to a year tops, no one will be playing those nasty sub-hd, jaggie machines in a year

half life 3 is a long, long ways off, dota2 is valves main focus, then counter strike go