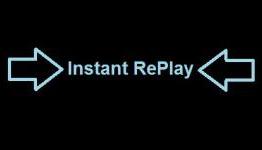 How Nintendo influenced an entire generation

Techtroid look at Nintendo's influence on this generation of consoles as part of their weekly Instant RePlay article.

techtroid.co.uk
- Comments (8)+ Comments (8)
TopNewestOldest
The story is too old to be commented.

"the Wii has made Microsoft and Sony
think twice about their marketing and
strategy" - YES.

"This is where the others got worried, and rightly so because they were missing out on a trick here; they didn’t have motion control and there was a gap in the market to release more serious titles with a motion control option. So what did they do? Beavered away in their labs to bring out a bigger and better control option and two years later both Sony and Microsoft were launching the Move and Kinect."

OK that above is the myth here is the truth.

people can ignore these fact's but this is the 100% truth even Nintendo was not the first to market with motion control this gen.

Hell it was not even Microsoft or Sony. so who was it read on

A new form of computer entertainment that enables movie-like special effects by mixing live video input and computer graphics in real time (Augmented-reality but with an entertainment focus). Participants interact with a virtual character, play with virtual butterflies, and have a "magic" duel.

WHAT'S FUNNY IS LOOK WHO WAS ALSO THERE AT THE EVENT!

think about when Nintendo started working on WiiMote?
that's right 2001 the very same year that DR. marks showed off the core development for the Move.

Development of a motion enabled controller began in 2001!

The Darwin
The WiiRemote
The Move
The Kinect

all Three started development @ the same Time
out of the 4 the Move an Kinect and Darwin was the most expensive out of the four to price for a complete production unit. Sony an Microsoft both had to wait..no other choice
/$400.00 PLUS ADD IN THE COST FOR MOTION CONTROL TECH BACK IN 2005 AND 2006 what do you think the cost would have been for Kinect back than alot more than $149.00 back in 2005! and added to the cost of the xbox360! yea. and people were crying over $400.00+

its not just Nintendo that only was the one influencing other's the cost of components in the other three were Expensive. Nintendo was cheaper components but even Nintendo had to wait to get motion Plus added if they released it back than it would have increased the cost of the WiiRemote.

the Darwin hit the market in 2005! that's right a motion control system already on the market before Nintendo released the Wii.

Yeah am sure Sony and ms invested millions on motion gaming after they saw the smashing success of the Darwin. /s

You got to admit that if the wii wasn't a success, ms and Sony would probably scrap their ideas about motion gaming right away.

"eah am sure Sony and ms invested millions on motion gaming after they saw the smashing success of the Darwin. /s

You got to admit that if the wii wasn't a success, ms and Sony would probably scrap their ideas about motion gaming right away."

no it's you that has to admit, that all three were developing motion control's and the money was already set aside for the r&d before they started investment. it's called a freaking business plan, you do not invest million's and just throw it away. like i stated Nintendo's release of the Wiimote was just one out of the 4 motion control systems. Nintendo also had the cheapest core base system over all the core Wii system was no where near the level that the top set box of the PS3 and the xbox360 was. the Wii motes are input devices their controller's. they go into the box for the consumer to control games with.

it does not take a [email protected] rocket scientist to see that there was no way that both microsoft and Sony could have released their HD systems with added motion control systems at a price the consumer or the companies production could allow. back than Nintendo could that's why Nintendo went with a cheaper system and that's why Nintendo is releasing the WiiU now!

they spent the time and investment when DR. Richard marks joined Sony he joined in 1999 so by 2000 he already had worked on a prototype for move to work with the Playstation 2 a control wand was already demoing Move core working with the EYETOY so yea Sony just woke up one day after the Wii released and started working on it. when they showed how it would work back in 2001..when the Nintendo started development on the Wiimote which started in 2001 which even before 2001 DR. marks was already demo the idea how a wand combined with the Eyetoy in 2000, how freaking convenient NINTENDO GETS THE CREDIT WHEN SONY WAS ALREADY DEMOED A FULL YEAR BEFORE NINTENDO STARTED THE DEVELOPMENT OF THE Wiimote.

even with proof you still will not admit it how Nintendo could not be influenced by other's also..but nooo it's always how somehow someway every one steals ideas from Nintendo!

No one knows for a fact if Nintendo wasn't successful with the wii,would this have hinder Sony or Ms to make motion detecting devices for their platform because both of them did release cameras for they console that could detect motion and seen a gameradar article where they said, "we seen ps move 10 years ago",that's the name of the article,the stuff in the quotations.

now this one, they got cash for writing such texts?

If you think of this generation as the casual/gimmick generation then yup Nintendo influenced a lot and won it. But sincerely, I don't care about consoles, sells or marketing. Games is what gamers want. And I don't think Nintendo had any influence this generation, they only introduced rehashed Eyetoy games such as WiiFit that mean nothing for gamers and live with their past with series like Mario and Zelda.

When you think of games that defined this generation, you think of Bioshock, Mass Effect 2, Uncharted 2, Heavy Rain, GTAIV, LBP, RDR, Portal, Assassin's Creed II, CoD4, Oblivion/Skyrim, Gears of War, Halo 3, etc... None are on a Nintendo console.

Influenced, yes. For the better, no. Motion gaming was a horrible idea from the start and was handled badly buy all the systems. A clumsy idea barely even used by Nintendo.All it brought was a generation of excuse makers allowing games to be made that wouldn't have even have been considered by gamers to be even play worthy. Ugly garbage like Conduit and Rise of Nightmares heralded as the next gen of games and gimmicky nonsense like dance games which were outdated before motion gaming came along.Meanwhile people jump to defend the rubbish, ignore the good stuff and watch as they desecrate our beloved series with all sorts on gimmicky nonsense that diminishes gameplay.Now instead of actually moving forward, everyone is to busy trying to force feed us gimmicks just to get people to buy it.

Kinect for example is below average rubbish and people shake Microsoft's hand for fooling everyone into buying it. Half the people who brought it didn't even know that they needed a 360 to show how they had no idea what they were buying and were just caught up in the hype.At least Sony didn't make the Move the theme of their whole system. Nintendo and Microsoft are already planning to base their systems around next gen Kinect and the tablet thing on the Wii U. Influence is not necessarily a good thing you know. Companies sometimes want a piece of the industry and will do anything to have it even ruin our good time if needed