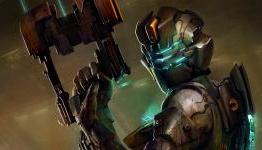 6 Things I Want To See In Dead Space 3

"I’m by no means the leading authority on the Dead Space series (you can look to my friend George for that) and I’m also not an expert on survival horror (you can look to Ben “Yahtzee” Crowshaw for that). So what right do I have to demand six things that I want to see in the recently announced Dead Space sequel? Well, I played and enjoyed the first two, so there! I can haz internship, EA?

Without further delay, six things (in no particular order) that could help to make Dead Space 3 the best in the series. Why six? Because it’s the universal number of soda cans in a pack. If you’re a Dead Space virgin, be warned; there will be spoilers ahead." (Michael Urban, OnlySP)

onlysp.com
- Comments (0)+ Comments (0)
TopNewestOldest
The story is too old to be commented.
80°1

Dead Space 3 Isn’t As Bad As You Remember