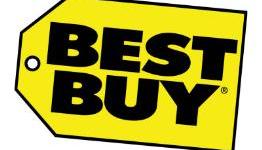 XMNR: The gaming deals at Best Buy for the week of April 29, 2012 doesn't really rock any hot deals for new release games or consoles but it does provide good deals on slighlty older titles. Especially Game of the Year or Complete Edition versions of games like Grand Theft Auto IV, L.A. Noire, NBA 2K12 and Red Dead Redemption. You can also get $20 off UFC Undisputed 3 or get a couple of Nintendo 3DS launch titles for just $12.

More proof that GTA5 is coming out this year. These retailers must know something that we don't. Futureshop owns Bestbuy, and they're giving you $20 towards GTA5 if you pre-order and buy Max Payne 3. If the game was coming out in 2013, do you really think they would start this promotion this early?

Now we have Bestbuy all of a sudden wanting to get rid of as many GTA4 copies as possible before GTA5.

Also, Rockstar said that Max Payne 3 MP characters will carry over to GTA5. If GTA5 was really coming out in May 2013, why would Rockstar promote a feature that will be useless for a whole year?

GTA5 IS coming out this year...end of story.

Best Buy owns Futureshop, not the other way around.

10 Reasons Why 'Grand Theft Auto IV' Is Better than 'V'

Why UFC Undisputed 3 Is Still the Best MMA Game