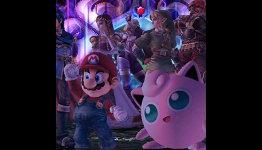 why? nobody plays brawl anymore.

20 Best GameCube Games of All Time