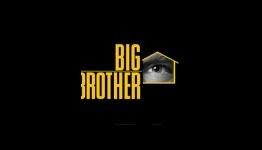 DHS Looks to Spy on Video Game Consoles in Search of Pedophiles, Terrorists

Gamers may want to be careful about what they say when jumping onto their consoles for an innocent bout of slaying dragons or killing zombies -- the government will be watching.

why would i worry about being mistaken for a pedo or a terrorist?

tell that to those wrongfully accused and if they ever get their reputation back .

It doesnt even take much . I remember a case where a comic store owner was even prosecuted as a sex offender over some stuff clearly labelled as adult only.

Yeah i remember a while back (off topicish) someone was accused of beating his wife and was wrongly accused. Didnt stop people in public calling him a lady beater tho.

Thing is this guy eventually lost it and beat someone up in public for calling him a lady beater and now he is serving 6 years in prison. Sure the guy was wrong for beating someone up in public but why didnt the person accusing him of beating women get any punishment for trying to ruin this guys life?

World we live in is a little fucked up as this article proves...

Don't forget the Feds have a 98% conviction rate with stacked juries.

I'm sorry- I simply don't believe that 98% of all people taken to a Federal court are guilty.

You should really be asking the question WHY do they get to spy on you WITHOUT A WARRANT and violate your constitutional right to due process.

You're slowly finding out the hard way that you don't really have as many rights and freedoms as you thought you had. Besides, they can be taken away as fast as they can be granted. Ever heard of Executive Order? This clause allows the government to override the Constitution.

Its only a matter of time brothers and sisters before all of our actions will deemed illegal and Americans will be living under a dictatorship. George Orwell was a prophet.....

Oh thank GOD it'll only be limited to Americans, the rest of us can live with that /s

Maybe they can come get rid of the racist, cheating trolls that are crawling all over XBL and PSN and ship the bastards to Guantanamo.

I don't agree with slurs...but i'm all for the freedom of speech regardless of the persons views...its one of our basic human rights.

agreed. Soon they've got the idea to watch your through your webcams, ps eye and kinect. BigBrother.

I don't like the idea of being watched in real life or while enjoying my personal entertainment....The days of human rights/privacy are long gone and forgotten

Playing Lollipop Chainsaw with one hand?

"The Department of Homeland Security (DHS) and the U.S. Navy have launched a new research initiative that will explore ways of allowing the government to hack into gaming consoles like the Xbox 360, Wii, or PlayStation 3 to obtain information on gamers."

I wonder if Sony will launch a lawsuit against these people? I severely doubt it

"It's important to note that DHS doesn't plan to hack into the game consoles of U.S. citizens because of privacy-related issues. DHS only plans to peek at consoles from overseas."

They can f*** right off, invasion of privacy laws protect us from these a**holes. By their logic then, I can hack their systems and monitor what they do? As if.....

The fuck? No. They can fuck themselves. Im not having them spy over here. In fact, they shouldnt do it at all anywhere. Sorry, I like my privacy. Doubt they would like to be spied on in the privacy of their bedroom through their ps eye/kinect or whatever is on their console.

Yeah.... I wouldn't do that. You might end up being repatriated to a FEMA camp.

The US government has been trying to control the internet for a while now. First it was terrorists, then Pirates, and now Pedophiles. They are trying very hard to demonize someone or something to get these SOPA type bills passed.

I wonder what the next excuse for eliminating internet freedom is going to be.

Well they managed to trick people into accepting 'The Patriot Act', its just a matter of keep trying till they can trick US citizens again

Patriot act was genius trolling. I have to admit.

twin towers looking more and more like an inside job.

Love the idea of a terrorist just chilling playing Skyrim or a COD with his mates.

After I found out the Osama bin Laden was a fan of Pepsi products I started thinking that anything is possible.

Hey!
Isn't that the reason I moved out my parents house, so I can have my independent privacy?

I think this is good, i used to have someone on my friends list that would have "allah akabar" as his comment and he would play BF3 saying he was a taliban, so i deleted him.

In all seriousness that guy is a fool, what he said is not illegal but stupid. Your way of thinking is what allowed the Nazi's to take over in the 1930's Germany. Learn up on your history.

Where's Cobra Commander when you need him? But I find it funny that the government is looking for pedophiles when they will be invading childrens' privacy at a nationwide scale.......

Man, i dont think this is good! The next xbox will come with built in Kinect, which means the goverment will have eyes in millions of living rooms!!! Same goes for PS eye & Wii U controller. This is an invation of our privacy. This law is also happening in the UK. If you like your privacy, along with your freedom & rights, get your stick tape out, or whatever works best & cover up those cameras!!

You know all the trash talking that goes on over voice and video chat? That could be construed as terrorist talk or pedophilia! I discovered through a recent video chat that one of my psn buddies is like 11. I'm going on 23, so if any of this is true, I'm gonna have to watch anything I say. Though now that I think about it, I should probably just unfriend him.

You should have seen my face when I found out that one of the people that I was playing Socom 3 back in the day was only 13. That revelation kind of freaked my clan out.

Some of the things that we were talking about over the mics in front of that kid, to this day make me shake my head. In retrospect we should have known something was up when he asked "What is KY".

You will be happy to know that even though the clan died, our friendship didn't. This year he will be graduating from college, and is the nicest guy that you would ever want to meet.

I just thought that I would share my experience with you.

They aren't really "spying" they are just buying used consoles overseas and sniffing their HDD for information.

Agree 0Disagree 0
▼✖-+
SPAMInappropriate
Show all comments (34)
The story is too old to be commented.
50°

1h ago
Newsinnersloth.com
140°Heating Up1