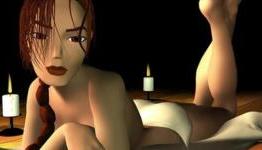 Gaming Update's CM Boots-Faubert polled a group of 100 gamers to determine the Top Ten Video Game Sex Scenes of All Time and the results were surprising.

I don't mind the Mass Effect sex scenes, or any Bioware made sex scene, but they aren't particularly memorable. Very generic scenes which, in my opinion, are made just to get a rise from young teens. Very boring scenes to be honest. Heavy Rain deserves to be here somewhere, very emotional scene that really makes the game change for the better (if you played it all out the good way)

I got a boner

wondering how this became a top article....

I'm guessing I am the only one, but I think I have yet to see a sex scene in a game that really felt necessary. To me it always feels shoehorned in.

It's not that I can't appreciate a bit of a love story in a game, But more that I have played plenty of RPG games with a really strong love theme yet didn't have a sex scene. Nowadays I find a lot of the love stories in games are hardly even fleshed out, so the sex scene seems to be there to try and excuse that and make the characters relationships seem deeper than the script often writes it to be

unless you're talking about pixel's :D

I suppose all of these developers have failed then as THIS teen hasn't had a boner to any sex scene in a game.

I mean, seriously, in an age where ACTUAL HUMANS can be seen blowing each other sideways by bringing up a browser, going to the address bar and typing in 'pornhub.com', why in God's name would I need to get a rise, much less FAP to these scenes? They all felt so stiff (Haha, that was actually unintentional) as if the devs went, "We'll just push this in there real quick (It was intended that time) and nobody will EVER notice!"

I'd like a sex scene that actually has MEANING. Even Heavy Rain's scene came off to me as meh. Sex scenes should probably be implemented in games that are long (DAMN PENIS JOKES ARE EVERYWHERE) and have properly done character development to create a sense of a large amount of time spent with the other characters along with development that makes them feel realistic enough to have lovely virtual sex with.

Well said,, And you beat me to it lol

Ah... sex. What every adolescent boy dreams in boring classes about.

And thus we have multiple hits.

Is this sex? http://www.youtube.com/watc...
Still a disturbing scene even to this day. But Heavy Rain does have a true romantic scene though. And a pretty damn good story.

Someone has never picked up an eroge in his life.

I don't understand it.

Apparently its ok to hack someone up with a chainsaw but not express love? What kind of a world do we live in?

Whats wrong with sex in a game if you slap an 18 on it?

good to see The Witcher 2 on there.

Why did they put Michael Jackson in the article image?

lol, I'm not surprised to see The Witcher 2 at #1. Excellent game too.

i knew there would be atleast 2 gow games

I love this article about sex.

Lara looks like Michael Jackson in that article pic

I knew it was only a matter of time before this reached the top story.

Also, stop making 11 pager articles for a top 10 list. We all know why you do it. It's shitty and annoying.

I really didn't know there was 10 games with sex scenes in it. Someone must have been really bored to have went and researched all of them.

I really don't know why it made it up so high

Sims for the win hahaha

You got boner over pixels?

The Witcher 2: Assassins of Kings - 10 Years of CDPR on Console

Old School Titles We Want In The New PS Plus Subscription