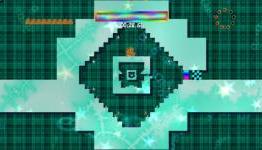 Platformers come in a wide assortment of varieties, though there are usually a couple of key differences that occur between one platforming game and the next. What I’m most specifically referring to, in this case, is the difference between a platforming game where you have both obstacles and enemies to avoid, (where you can often defeat the game’s enemies in some way), and those where you have merely ‘obstacles’ to avoid, the latter of which might be described as ‘puzzle-platformers’.

Adhttps://store.steampowered.com/app/1488200/Symphony_of_War_The_Nephilim_Saga/?utm_source=n4g&utm_medium=native&utm_campaign=sow_n4g_native&utm_content=png
- Comments (0)+ Comments (0)
TopNewestOldest
The story is too old to be commented.
20°
2.5/5