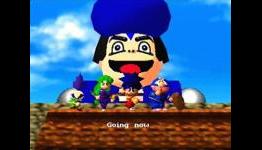 Feature: Obscure Series That Should Return on Wii U

Whenever a new system is announced, cyberspace is filled with wish lists of games that ought to be released faster than you can say Miyamoto. Very little is known so far about games coming to Wii U, so speculation is rife even though some classic series have already been heavily hinted at (Pikmin 3) or should be an announcement away (come on, F-Zero). Here's Nintendo Life's selection of five lesser-known series that have slipped under the mainstream radar, and would be excellent additions to the new console’s line-up.

Adhttps://www.youtube.com/watch?v=R7HhyEZ2HRo
- Comments (2)+ Comments (2)
TopNewestOldest
The story is too old to be commented.

tactics ogre is never going to happen now that the creator works at level 5.

would love to see a parodius remake in hd.