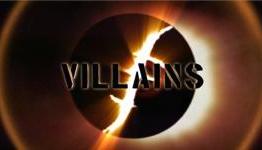 Last week you read my tirade about bosses in Final Fantasy and Shank, so this week I felt it was appropriate to show that I don't hate all bosses in video games. There are a few that I actually like, it's true. And just to save you the trouble, yeah Sephiroth is on this list; but not the FF7 version!

Latest bosses that drive me crazy were ornstein and the other guy i forgot his name from the dark souls they are bastards in every way oh and they are both in the same time.

For some reason Sephiroth was far easier to beat on Expert than on Normal for me in KH.

"when I thought back to all of the bosses in that game and the save files I made so that I could re-fight bosses (yes, I did that)"

OH THANK GOD, I thought I was the only one! Did it with Kurt Zisa in KH1 as well, multiple times.

Also, I've listened to The Corrupted (the battle theme that plays during that fight with Storm Rider [see video in link], The Hostile Program from Space Paranoids, The Zombie Pirate Heartless in Port Royal, The Experiment in Halloweentown and Groundshaker at Pride Rock) an unhealthy number of times.

The 10 cutest Pokémon of all time