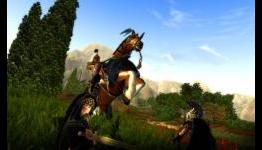 Funcom’s freemium sword and sorcery MMORPG Age of Conan has received a large new update, available now automatically for those who have the game installed. The patch introduces the House of Crom, an ancient temple built by the Atlanteans and made up of two large dungeons. The largest indoor dungeons created to date the developers claim. There’s plenty of other good stuff in there including improvements, tweaks and bug fixes as well.

Age of Conan is Opening a Limited-Time Progression Server

Age of Conan Composer, Knut Avenstroup Haugen, On Board for Conan Exiles

Battle over 200 pets in Age of Conan's latest update