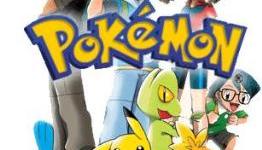 In exciting news for Pokémon Trainers across Europe, The Pokémon Company International announced the dates for the Pokémon Video Game National Championships, which take place from March 3rd through April 1st, 2012, in five major cities throughout Europe, including Birmingham, United Kingdom; Essen, Germany; Paris, France; Madrid, Spain; and Milan, Italy. Players will compete in three age divisions based on their year of birth.

I reckon I'm good enough to compete, but I won't be going down to birmingham any time soon

It's pokemon, anybody is good enough to compete.

You think it's that easy to battle Pokemon especially competitively??Cuz if so i laugh.

The Year of Pokemon - Generation V

Top 10 Video Game Villains that Should Have Won

The Best Pokemon Moments From Every Generation