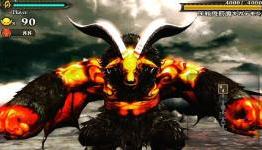 Set to arrive within the PlayStation Vita (PS Vita) launch window early next year, Army Corps of Hell will be Square Enix’s first foray onto Sony Computer Entertainment’s new handheld system. An unusual turn for the developer, Army Corps of Hell is a real-time strategy videogame in which players directly command their forces against huge beasts.

Adhttps://store.steampowered.com/app/1488200/Symphony_of_War_The_Nephilim_Saga/?utm_source=n4g&utm_medium=native&utm_campaign=sow_n4g_native&utm_content=png
- Comments (0)+ Comments (0)
TopNewestOldest
The story is too old to be commented.
70°2

Army Corps of Hell crosses over with Picotto Knights

Lazygamer - Army corps of hell review - Will you do the Fandango?