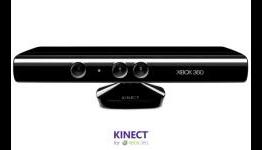 So how has the system performed over the year? This month's issue of Famitsu Xbox 360 provides some stats.

Let's keep it real the hardware numbers out there arent too far ahead of Kinect #s. It's been the story of an American console in the home turf of Nintendo and Sony.

What's crazy is how the numbers compare to VGchartz..

The 114,000 comes from the sales of the bundled Kinect Adventures.

People laugh at Kinect numbers in Japan. If VGchartz overtracked Kinect then take a look at Move.

VGchartz has the Move bundled game Sports Champion at a mere 9,000 sold in Japan...

If that's even close to right then Nintendo is laughing at both both of these guys out in Japan.

It just shows that other than the fantastic games we get out of Japan, that you don't necessarily need them to be a complete success in the harware or software front.

That was fast damage control,Japan is one of the reasons 360 is heading to 3rd eventually.

"It just shows that other than the fantastic games we get out of Japan, that you don't necessarily need them to be a complete success in the harware or software front"

Oh really? The last I checked, Japan often accounts for the ps3 getting a 50-100K boost over the 360, a big part of why ps3 outsells the 360 worldwide. And the ps3 also generally leads in EU. So if being 3rd in sales pace is being a "complete success", then sure, it can. But you're clearly trolling claiming that Japan isn't important to gaming; it's a joke that anyone can get away with saying things like that and having 6 bubbles.

'That was fast damage control,Japan is one of the reasons 360 is heading to 3rd EVENTUALLY.'

LMFAO @ the irony using 'damage control' and the '360 will be in 3rd place EVENTUALLY' all in the same sentence..

In other words, this isn't anything new. AGAIN..READ what I wrote...this has been the sales story for the 360 ALL GEN in Japan.

Nothing has changed in regards to the 360 and the PS3

Sony clearly dominates its home turf of Japan...Micrsoft dominates it's hometurf of North Amaerica..and even though the 360 made huge strides in region, Sony leads Europe as it should coming of the heels of the monster that the PS2 was last gen.

Either way, the point still stands, at the end of the day, the 360 has been a 'complete' success regardless of the Japanese hardware numbers.

It's clear American hardware and software have it tough in Japan. Even the PS3s top American developed franchises like Uncharted,God of War, etc. can't sell much more that 200K in Japan. Just like previous gens..localized games out there rule the day.

Whereas Sony and 360 American developed exclusives do millions and millions mainly on the strength of America and Europe alone.

This is why if your going to fail big..fail in the region where they don't buy your games anyway.

This has nothing to do with Sony vs. the 360..this is the fact that this gen Micrsoft went from 20 Million to well over 60 Million consoles sold before the gen was over. If tripling your install base isn't considered a success then we must be talking about two different words.

'But you're clearly trolling claiming that Japan isn't important to gaming; it's a joke that anyone can get away with saying things like that and having 6 bubbles.'

GTFOH..it's trolling because you simply CAN'T read without fankid goggles. Who said Japan isn't important to gaming? Is that what you read when I wrote 'Other than fantastic games'?

Stop pretending everyone is like YOU. I'm strictly talking about sales. In terms of development, NOBODY is more important to this industry that Japan..PERIOD.

"Stop pretending everyone is like YOU. I'm strictly talking about sales"

And in that regard, you're still being ridiculous and clearly trolling. Through my "fankid goggles" (grow up), I clearly read, understood that you meant sales, and responded to such.

Japan is a big portion of sales, no matter how hard you downplay it. The numbers don't lie. Monthly 50K-100K in hardware sales isn't chicken scratch.

'And in that regard, you're still being ridiculous and clearly trolling. Through my "fankid goggles" (grow up), I clearly read, understood that you meant sales, and responded to such.'

Nah you clearly responded with the fankid goggles on full stun..pretended in that I said 'Japan isn't important to gaming' when anyone with EYES can look at my comment and see I didn't. You made it up got called out..end of story.

LOL @ not even staying close to the topic and having to resort to taking people out of context to fit this silly agenda. The numbers don't lie and I didn't lie about about anyone of them. Which is why you can't dispute anything I ACTUALLY said.

So keep it moving click disagree with the rest of the phantoms..unless you want to still play make believe.

Should totally be expected, even if it's funny.

Expected or not, that is abysmal sales for Kinect.

That said, that is like what almost 10% penetration of the 1.5 million or so Japanese Xbox owners.

That is more than I expected to be honest..

well kinect needs space and japs dont have much in their apartments and homes.

Yeah, us American's are spoiled when it comes to space. My bedroom is probably the size of Japanese living rooms.

I wouldn't mind a living room like that. It's kind of Ikea'ish.

No one know electronics like Japan. They are not easy to fall into over priced gimmicks like the Kinect. Same reason they don't buy 360

So why did they fall for the Wii then? last gen hardware with gimmick controls...

I believe Japanese are humans with preferences and biases too.

Wii was revolutionary when it came out. How many acclaimed games has Nintendo made compared to Kinect. Motion control fad has come and gone and Nintendo holds the crown.

That small country gave us the best 3 Ns ever: Nissan GT-R, Ninja, and Nintendo. They might have preferences but its a higher standard than a lagging motion sensor.

because of Mario, Zelda etc.

We get that you love Japan...

That said, they also gave you us Pearl Harbor. Does that mean I'm supposed to hate em?

Point being, don't judge an entire nation based on a few "supposed" facts.

Also, Kinect is revolutionary when it came out. No other consumer oriented device can do what Kinect does a year later.

Hate it as much as you want, but it won't change the "innovative awards" the public has awarded Kinect.

well at least these Kinect have been sold.

That means there are more Kinect devices sold than 360s.

Thats what Kinect sold last week in the Americas.
That is how vastly different the 2 markets are. I love this industry, caters for all tastes.
Game On.

That's not too bad actually, such a small place and all. I figured it'd be much worse, I mean you see stories coming out of that place about them selling 5 PSPGo's in a month, and you always see articles about how bad Microsoft does there.

Respectable if you ask me, though I could really care less about numbers or Japan.

A sale is a sale I suppose.

MS Should move on from Japan they arent needed

Well there are at least a few people over in Japan that would disagree with you. Not many though.

Never the less I shall disagree for them.

They Do not need them = Logic

They would save money, but lose face.

Am I the only one who thinks those numbers arent too bad?

I mean, they are probably only selling 200K Xboxes a year in Japan, its about a 50% attach rate. Thats pretty good.

The only worrying thing is about 75% of those were in the first 3 months. I know that should be the biggest surge in sales, but things have dropped off really sharply.

wow thats a LOT more than i expected to be honest.

Japs know crap tech when they see it. LOL

Agree 1Disagree 2
▼✖-+
SPAMInappropriate
Show all comments (39)
The story is too old to be commented.
40°Fresh3