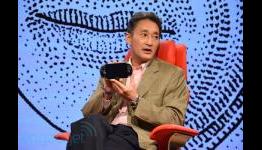 Kaz Hirai: Sony is 'in discussions with non-Sony companies' over PlayStation Suite

Wondering whether Sony's PlayStation Suite will ever really leave its nest? While the SDK won't be out until next month, SCE Chairman Kaz Hirai just told us here at AsiaD that this Android-friendly framework's still open to all other manufacturers, and he emphasized that it "isn't an ecosystem where we want to keep everything within the Sony family" while pimping the three PlayStation Certified Android devices so far: Xperia Play, Tablet S and Tablet P. Kaz also confirmed that Sony's currently "in discussions with non-Sony companies to bring them onboard," but as to when this will come to fruition, the company will make those announcements "when it's time to go public with it," so we shall see.

engadget.com
PlayStation Suite of games coming to all Android devices and beyondgamedynamo.comDJZed

Can't wait to see other devices receive the PlayStation certificate.

"Can't wait to see other devices receive the PlayStation certificate."

PlayStation Suite Unveiled for Android 2.3 and Above [NVIDIA CONFIRMS]

We’ve got here an official press release straight from the horse’s mouth confirming the announcement that Sony Computer Entertainment will be delivering what they’re calling the “PlayStation®Suite” aka PS Suite for all Android devices version 2.3 Gingerbread and above. This announcement also confirms that Sony will be simultaneously be launching a “”PlayStation®Certified” License Program to Provide PlayStation® Content and Development Support for Android™ Based Portable Devices. This is big coming from NVIDIA because they run the graphics on PlayStation 3, which could very well mean that the port will be both easy and QUICK!

PS notice that's all Android 2.3 an above devices, with the Nvidia tegra 2 already certified.

Sony could make PlayStation VR2 compatible with gaming PCs, and it should