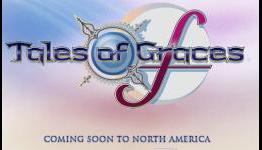 Namco willing to support 'Tales' in the US, so long as Graces F/Abyss sell

While the series enjoys the spotlight in Japan, things are quite different in America. Ever since the release of Tales of Vesperia on Xbox 360 in 2008, the series has been quiet, much to the chagrin of fans. Since then, Namco Bandai has skipped localization on the PS3 version of Vesperia, Tales of Hearts, Tales of Innocence, and Tales of Graces.

Well the "Tales of..." series has always done fairly well in the past. So this is good news.

Only good news if they include dual audio IMO, also if they have low/reasonable expectations.

dont worry i'll be getting abyss on the 3DS day 1!

I am buying, now please support the Tales series in the U.S.

I know i'm buying Tales of Grace f but where the hell is Tales of Destiny on PSN!

No way its going to sell 500,000 the first month in the US tho if that's what doing well means. I'll be getting them though.

Here we go again, Namco. They'll release it around the time FF13-2 comes out and not advertise their damn games and come back and say that we didn't support the game enough. Hey Namco, how about you take some of that mad money you made off of Xillia in Japan and use it towards localization.

Oh, I forgot to mention this:

Bring Tales of Xillia to the U.S.

I will buy tells of Graces F, but I won't be buying Tales of Abyss, since from what I understand it is a remake of the PS2 game, which I already own. Plus I have absolutely no interest in 3DS, so I certainly won't be picking one up just to play a game I already own on another system.

Hopefully all the PS3 owners will speak with their wallets and support Graces F. If this game does well on PS3 it could open the doors for not only more Tales games, but also for other JRPGs that have given up on the US, due to lackluster sales.

Edit: I just realized that I should be saying 3DS owners need to speak with their wallets too... but I have a hard time trying to support remakes and ports... but yeah, if you own a 3DS and want more JRPGs you should buy Abyss too. ; )

Abyss is iffy to add in there. I daresay most of the owners of the 3DS are kids who don't care about rpgs. But there ARE a good number of people who bought one for Zelda, Starfox, and the other remakes Nintendo put out there; they'd likely buy Tales of the Abyss, as well, despite it being a game they probably already own.

Graces F, however, is another story entirely. With all the complaints about the JRPG genre "dying," there should be no shortage of people wanting to get their hands on a Tales game. It should do very well. And, honestly, they should know better.

Namco Bandai should know with how well pretty much ALL their rpgs of last generation sold in the West that we'll buy their stuff. As long as they don't do a Xenosaga Ep2, we'll play it.