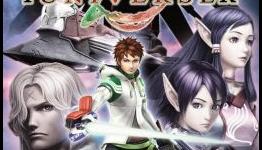 I can remember excitedly picking up Phantasy Star II from a Toys R Us with some gifted money from my Grandmother. I recall it costing something ridiculous -- even by today's standards -- the number $79.99 has stuck in my head all these many years. My mother whispered to me, "Do not tell your Grandmother that you spent this much on a video game." But I swear to god, I got my $80 worth of it. Phantasy Star II was by far my favorite Genesis game, and when I opened Pandora's Box and defeated the final boss, I couldn't have been more proud of myself. "

Wish I would have played this back in the day.

The Dreamcast version is the best in the series. All it needed was voice chat and more content. The universe, the gameplay, the charm, and the characters set the standard for the series. Then they ruined it with Phantasy Star Universe. Not that it was a bad game, but when they changed the gameplay and fixated the spells and assigned them to the weapons it took the magic out of the magic. And made spell casters mainly healers.

I got excited that possibly Sega decided to continue a good series. The Xbox 360 PSU was great but it took them a while to get a good update strategy and they never updated the core graphics or networking. The game was extremely laggy and the same monsters with different wrappers. We are due for a PSU2.

Can't There Be a Good Xbox MMO?

The 15 Worst Video Game Sequels of All Time