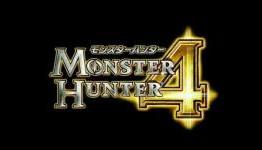 Monster Hunter 4 On 3DS: Is Capcom Out Of Its Mind?

Chris Buffa (Modojo): Last week, Capcom delivered the bombshell announcement that it plans to release the next iteration of its Monster Hunter franchise, Monster Hunter 4, on 3DS instead of a Sony platform, particularly PlayStation Vita.

Apparently if you double post, but change a single character in time, both of them go through. See below for my intended comment.

Is Capcom out of its mind? Yes. But you can find better proof than this.

Vita hasn't sold 1 unit while 3DS is the top selling handheld in japan. 3DS will have a way bigger base when this game launches. Japan is loyal to Nintendo and Sony regardless of psp monster hunter. Thank god the survey has over 80% in favor Nintendo deserves it.

The way I see it, Capcom went Nintendo "exclusive" for a moment with Resident Evil "4" and the shit was classic. Leave it alone fanboys.

right. I could understand if Capcom said it was never coming o the vita but the fact is the vita has not proving itself yet as far as sales for for obvious reasons. Overall though it's one game and games like mvc3, ffx, ninja gaiden, aren't on the 3ds so who cares.

actually Ninja Gaiden is being developed for 3DS

@ venox2008 you are correct my mistake, but hope my point still gets across that there are a ton of third party games that have yet to be announced for the 3ds.

There is a Ninja Gaiden in developement for 3DS as well as another for Vita, which I think its based on Sigma!!!!!

Actually, the 3DS has only been the top selling handheld for about 3 or 4 weeks. Before that, the PSP was blowing it out of the water.

but now its the other way around, and since people want better visuals in monster hunter makes sense to bring it to the 3DS

all u sony fans spitting that vita is far superior tech wise where is the proof the 3ds has major games that are real games almost finished that look better than vitas best game period revelations has better graphics than RE5 most previews say so and Capcom wouldnt have it on 3ds if they thought Vita could make the game look better see ya.

Did you say the 3DS has games that look better than the vita?
Yeah I think you need to get your eyes checked.

It is only #1 in sales due to the recent price drop.

I would have dissappointed to see one of the core titles released on a handheld, regardless of what that handheld was but, releasing in on the least powerful handheld? Wow Capcom... Monster Hunter fans have good reason to be PO'ed about this.

I had no problem when I heard that TriG would be on the 3DS. It sounded like a good way to "test the waters." To announce that the next game will be on it before Capcom gets any feedback from the fans... It's unfortunate to see such a great series come to this.

I could not care less about the system. It's what they are doing to the series that bothers me.

I also believe that Monster Hunter would be better on the Vita due to its superior tech and controls.

But then again its just my opinion and its Nice that 3DS owners are getting a core game.

it's N4G, they did the same with the Wii, for a time, it didn't had enough games, when it started getting some good games, the guys started complaining that it wasn't on the PS3/360...

it's the same nonsensical way N4G is since i started coming to this site...

They're just too lazy to upgrade their engine to cope up with Vita performance, since they can just pretty much copy&paste mhp3rd to the 3ds (mhp3G) and make a MH4 based on that old engine.

But I believe in a right time MH will come to Vita eventually.

I completely agree with you, Beetey. Well said.

I'm getting really sick and tired of Capcom's handling of the Monster Hunter franchise.

They had good sales on the PSP and we all know that Capcom isn't retarded. So a monster hunter game will probably come 2 vita. I bet its going to be 4 with extra features and redone in HD for the vita which is going to look great.

Monster hunter carried the psp in japan. Imagine how many sales they could make on a system it dosen't need to carry?
It has had a rough start, but the 3ds is the ds's successor. And the ds outsold the psp by a wide margin.
If you look at it that way, it makes some sense.

The 3DS doesn't need carrying, my bad i must have missed som....oh yeah that huge price cut, before that i'm not sure who needed carrying

Monster Hunter has a big fanbase from the psp titles, and many of those who had a psp will most likely upgrade to Vita, so it would be crazy not to release one on Vita.

Well,3ds is already in couple of million hands while vita isn't.

I don´t believe MH4 is exclusive for the 3DS but nintendo must have paid a good sum getting it on the 3DS first.

I mean why would Capcom suddenly put MH on 3DS when the PSP paved the succes even though MH initially was for the PS2 !

Same reason Tri was on the Wii only and Fans of the original who jumped to the PSP got told to fuck off.

Why does Capcom do anything they do anymore? It's beyond me.

So Capcom just likes to be irrational.

Anyway lets see how it will perform.

With added platforming, that tells me it'll be dumbed down and that scares me.

Capcom used to be for me the developer, I just now look at them as the publisher meaning I like developers more than publishers, most of their developers left the company, like in 2008 is where they made a big turn and became the Capcom is today, Sega & Sony were the 2 companies they gave the most support since the PS1 & Saturn days, I think console wise they showed love to MS and Nintendo, but it was fine after all since the gave ridiculous support to Sony with PS1, PS2 & PSP, & Capcom publishes God of War in Japan!!!

They have been trying to break away from them since the gamecube came out...who would in their right mind make resident evil exclusive to Nintendo

Capcom would be stupid if they didn't release it on the Vita, and if they do they better make it cater to the PSVita hardware. I don't want a shitty port.

Capcom are leaving the door open for Square and Sega to suprise them. I think that Sega is poised to make a Phantasy star game or a new VC game with an MH feel to it. This may end up a big mistake. PSN has the infrastructure in place and the connectivity that the 3DS does not. If someone appeals to the masses especially with a game that Japan, Europe and the US can get behind then its over. MH is popular now but the Vita is an oppurtunity. Japan is so into mobile gaming that they are outselling consoles month after month for years. I have said it before but the Vita could end up the 1 gaming device in Japanese history. All the functionality is there for high quality new to even perverted experiences with AR tech etc... A good looking and playing Phantasy Star can take MH on for sure especially since the DC game was loved in Japan and the West. Sega should wake up and port PSO2 to the Vita. Sega could make a killing. Also VC should have a new home on the Vita. The game is a perfect match in power of the tech and the new gameplay options with the touch screen.

this a a sonuy fan boy site just look at the system placeing on the top everything sony is ahead of something hmmm wierd if u ask me tell me how the 3ds is out alreayd and the vitas not and yet i see the vitas name and have to go open up the menue to find the 3ds? this site is run by sony fan boys point blank

More then likely a timed exclusive!

Sounds great.Just like Persona 4 doesn't come out for the 3DS.

Agree 0Disagree 0
▼✖-+
SPAMInappropriate
Show all comments (37)
The story is too old to be commented.
60°