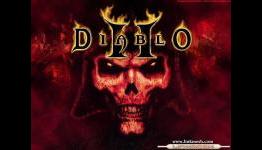 This is one of the greatest PC games ever made; glad you got to play through it :D

I agree and i seriously cant wait to play Diablo 3.

I was on the beta when it was released :)

Anywho, stay away from this game. The last time I loaded it up again the next thing I knew it was 3 weeks later and I was still playing it. Stay away!

I've been playing it for a while now. This time I'm trying to solo all 3 difficulty levels with a Zeal/Fanaticism Paladin.

How funny. I had a $30 gift card for Gamestop and used it to get the Diablo II Battlechest. I've just gone through Titan Quest and Torchlight and still play Sacred 2 on my PS3, and instantly after firing up Diablo, I realized, wow, no wonder this game has been praised for so long.

The gameplay is fantastic, frantic and even after only five levels, I already had a cool area effect spell to spank the mobs surrounding me (sorceress). I've only put in about 10 hrs so far, but buying and playing this will save me some money in the long run because I won't jump immediately on Diablo 3, since I'll have this bad-boy to play.

I did get the Plug-y mod though because I hate having storage issues in these types of games and I probably won't jump online to play this. Man what a headache saver having this awesome little mod is.

The CMA investigation into the Microsoft and Activision Blizzard merger