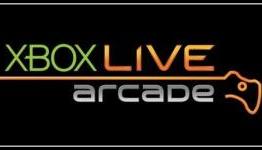 @thrasherv3 don't blame ya man !! see ur point 100% loud n clear !! in fact i was kinda pissed wen i found out Counterstrike was hitting xbla myself .. hope they do the psn version decent but PC all day for Counterstrike is the smart move to be honest !!

If they really wanted to do that they wouldn't release the game on XBL and they shouldn't release an inferior version. I unfortunately bought the lesser version of TF2 but that's not going to happen this time. PC all day.

Yeah, maybe I'll buy it for PSN if it's up to par. That way it hurts MS more. I just can't believe they refuse to change XBL.

If it goes Steamworks i dont see how controlpad console gamers will fare against Keyboard mouse users it will be a totally unfair fight.

Specially it would suck to have control pad users fighting by my side if the other team has more PC users on board. Hence i dont see how a game like this would benefit any of the userbase by going Steamworks.

Console gamer will be at odds going up against Mouse using PC player.

PC player who has console gamer on the team would be pretty annoyed.

So PS3 players can play vs. PC players with Steam? Time to finally settle the controller vs. mouse and KB debate.

You will be sorry lol. Though would suck to be teaming up with a control pad user and then going against Mouse keybaord users lol.

Ask MS how it went, they said Xbox would feature cross gameplay with the PC. Ask them why they dumped the idea, it was because in their internal testing expert control pad users got beaten pretty badly by the average PC gamer.

I'd like a link stating that AVARAGE (how do you measure that anyway?) pc players beat "expert" pad players.

Because i'm pretty sure that didn't happen.

It wasnt average actually it was Mediocre so yes you are right, average would be too good.

"Sood's sources claim that Microsoft pitted the best console players using control pads against "mediocre" PC gamers with mice and keyboards and found that the console players were "destroyed every time." It was apparently so bad, he wrote, that cross-platform play would have been an embarrassment to the Xbox team."

Dont believe me dude, TF2 is free to play and can run on a 4 year old pc it also supports controller, id happily duel you anyday PST me if you are up for the challenge. Infact id be confident enough to tell my 11year old bro take you on :)

PS: it doesnt support aim assist though, which is evidence for you controlpad isnt the best at aiming which is why developers gave console gamers aimassist, anyways no such thing in TF2. Aim assist is actually referred to as Aimbot in the PC world and is considered cheating, people who fail at aiming try using it then end up getting banned.

MS won't let it happen. Sadly. But I just can't see them bending on this for any dev, not even Valve.

Even though I don't see this happening with MS, I do hope there able to make it happen. But either way, I'm sure PS3/PC will get it and that is why I will get it on my PS3 because I haven't played Counter-Strike in a very very long time.

ughhh why is it coming out on XBLA?! and even consoles in general?

THe most popular shooter ever on PC should be standalone PC otherwise its going to be held back in some way, shape or form.

Oh go cry about it, see if it changes anything and let me know.

meh just voicing my opinion, just look at Crysis 1 compared to 2 and that will give you a good idea of what multiplatforming PC games does in modern times.

When Crysis 3 is released on next gen consoles, PC gamers will still find reason to complain. Be happy with Crysis 2 and your DirectX 11...

Crysis 1 is more demanding than crysis 2 because crysis 1 wasn't otimized good at all and the recent dx11 & improved texture patch for crysis 2 makes it feel like a game that was made for PC and nothing else.

CS is made by Valve that alone tells us that the pc version will be amazing.

Do you have vehicles in Crysis 2?, can you fly jets in Crysis 2 mp, where is the destructable and large environment from Crysis 1?

Crysis 2 is more of a corridor shooter built around 6 year old tech limitations. There yet isnt a game on console after 5 years old launch that can even begin to start matching the original crysis.

Sorry but when PC exclusives go multiplat they get dumbed down.

Its cool Crytek learned it the hard way, Crysis 2 didnt sell as well as they hoped it would. Hopefully Crysis 3 will be like BF3 is, designed in PC with mind then dumbed down for console.

@Ranshak
If the game supports it, any usb/bluetooth keyboard-mouse will work on the ps3....

Yes but that is many years ago, im sure with propper LOVE "programing" they can optimise it to fully mirror the joypad today...

The big questing is will they support KB/Mouse?

So far support has been near nill at best, with only 1 out of 500 released showing support. The odds are against any KB/Mouse support.

Maybe Microsoft does not want to open up XBL / add more things like Steamworks to it because it would open it up more to hacking etc ? Remember PSN is an Open Network & Sony suffered for it

How does adding another network makes it open for more hacking?

Keeping it closed mainly for themselves hinders progress.

Valve wants steamworks to be used by anybody, not only for paying goldmembers,microsoft wants you to pay to play with your friends, it has nothing to do with hacking.....

I wonder if the PSN version will include a code your able to validate on Steam. That would be awesome. I bought Portal 2 on PS3 for the same reason.

Yea but I got the game for 40usd of Steam, why pay 60usd when i will only be using the PC version since its superior anyways. Not going to touch the PS3 version if i already have a PC version rather save 20 bucks :)

Some developers are already saying MS is beginning to relax their rules. looks like MS is being FORCED to open up which is a good thing.

Valves CEO does seem to like 360 as a console but they do not like the fact that MS isn't being open which they are trying to change. I believe MS will listen eventually because alot of developers have started pushing pressure on them and the fact that they don't have many exclusives means they NEED 3rd party support to stay very strong

Any dev likes the 360 if they have a shooter to be released on it.

Who will buy a CS game for a console anyway?
it's the source engine any pc can play it.

Thst's true but it wont run GREAT because it's the Portal 2 Source Engine which was a little harder to run.

lol xD "won't run great" my brother has a PC with an old radeon 3600 and a AMD 2,7ghz CPU and he plays portal 2 on higher settings than the consoles + he has a higher framerate xD

ANY pc can play it.

Well I tried on integrated graphics on a new-ish computer and failed to run it good.

CS:GO Source 2 gets first gameplay footage, but not from Valve

CS:GO players have been killing each other since the Palaeolithic era