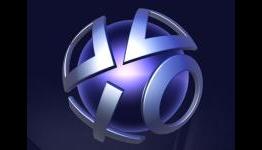 breath of fire 4. that's from this week's update.

Nothing that interesting in this weeks store update.

Breath of Fire 4 is AMAZING! I am shocked it's finally a PSOne classic about time, but Avatars too wow did not expect this at all.

Oh well. I'll probably still buy the stuff anyway, some of it, at least. I already have most of it, because I had the game preordered as soon as the release date was confirmed. It's always the same it's just a shame. That's all.

Pre order bonuses are made to ensure that people pre order. What pre order does is that it tells the publisher/store owner, how many copies are needed in advance, so that they don't get overstocked or understocked.

Also, it is also a method to award a loyal fan. A lot of serious inFamous fans are going to be pissed if Sony released pre order bonuses for free.

I'm going to go out on a limb here and say the update gave us jack shit, in terms of interesting content.

this is the worst update in recent memory. and old ass psn game, and demos for a shit driver game and old ass MOH from ps2.

I don't know. The new Toy Story LBP costumes are kind of cool and a few cool themes. BOF IV is good but FFIV Complete would be BETTER!!!