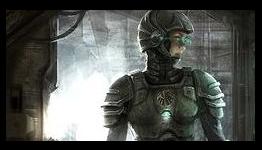 MMGN.com writes: Who says PC gaming is dead? We've compiled a list of our top 10 most anticipated PC exclusives for the year. Some of them have already been released, and others are just on the horizon. One thing is for sure, these games should definitely be on your hit list if you have a gaming PC.

NC SOFT has had a deal with Sony for a few years now and had promised them some games for the PS3.

I doubt GUILD WARS 2 will be and exclusive....a PC exclusive, I mean.

Edit in....Also, we all pretty much know Diablo 3 is headed for consoles.

Edin in for Pandamobile....From what I've read, Diablo 3 has been "TAINTED" enough all by itself.
Maybe people should stop trying to blame consoles for their PC gaming woes, and start looking within itself. Cheaters and Pirates, rampant on the PC platform do all the damage to your hobby, and I would recommend to stop blaming other entities....namely consoles.

Okay bud. As long as the game isn't tainted by a console release at the get-go, we could care less.

I think NCsoft next game Blade and Soul is going to the Consoles and not GW2!!

but i could be wrong! either way NCsoft did GW2 PC first so it doesn't matter!!

Amen to that! I can't believe it's so quiet on the media front. This mod was huge back in the day and from what we've seen of the beta it's looking GREAT!

Yeah I got a new PC a few weeks ago and I haven't touched my consoles since. So glad to be back in the PC gaming world :D

I've always been a console guy, and somewhere around Portal Starcraft and Leagues of Legends I kind of am digging PC more. I just can't afford a good system, so there's only so much I can do.

Diablo 3 is coming to Console too

The Exciting Sonic World of Guild Wars 2: End of Dragons

The Soapbox: SWTOR’s Legacy of the Sith is bad, but not for the reasons you’ve heard