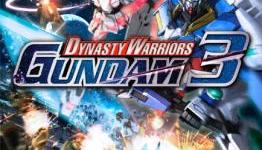 Dynasty Warriors: Gundam 3 (DW:G3) is the granddaddy of the mecha games I have played to date. For those of you who aren’t familiar with the Dynasty Warriors franchise, it is the epitome of hack-n-slash games and has been delighting gamers for over ten years. Koei decided to make a spin-off of the game using the characters and story from the anime Gundam.

With such a success they have now spawned two more titles, each adding more characters and more mechs to pilot with each release. Though the first two were lacking in some major departments (Story mode, not much customization) the third seems to have taken the best of the first two and improved upon it.

The Gundam series is a classic.