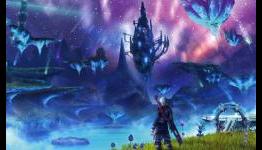 The power both to see the future and to change it is the seductive concept at the heart of this Japanese role-playing game, translated by Nintendo for European markets but not American – much to the consternation of the latter. Their ire is understandable, as in the twilight hours of the Wii's life this is a game of rare quality and depth, a title that revitalises a genre whose resistance to change was seeing it slowly slide towards irrelevance in the eyes of western gamers.

Release on Friday baby! Want this game soo bad. I also hope that US get's this game. Even though You may have to wait. Like EU has to wait for most games. At least we had to wait in the past.

Ranking the Metroid Games From Worst To Best