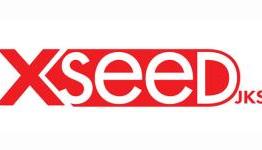 Jay Button: XSEED is the bravest publisher in America

SBG: "If you follow me on Twitter (and if not, why don’t you? I’m hilarious), then you’ve probably seen some back-and-forth between game publisher XSEED and me. XSEED Games is without a doubt my favorite publisher working today. Every title they localize seems like a risk that no other company would take. From obscure RPGs like The Legend of Heroes: Trails in the Sky to Prope’s Ivy the Kiwi?, XSEED is one of the few companies putting out unique material that would otherwise never see the light of day in the States. This week, I’ll be talking a bit about one series they’ve been localizing over the past year that would be totally dead in the US without them: the Ys series."

they definitely focus on very niche games which is good for diversity in the gaming market. you could also argue that they are smarter than they are brave. there are definitely hardcore jrpg fans in america, albeit small but they are definitely more likely to buy more games and other associated accessories like guides compared to other gaming demographics.

by being one of the few publishers that focus on this specific group, xseeds taps into a small but extremely steady amount of revenue from their hardcore fans compared to launching say a smartphone game appealing to everyone and also competing against thousands of other similar games.

I think that award should go to NISA

Yep. Their games are much better than the trash Xseed puts out...at least lately. Sure in the past they put out some great stuff, but now, the onle game they've published worth mentioning are the Ys games.

It's between NISA and Atlus though...not just NISA.

"Yep. Their games are much better than the trash Xseed puts out...at least lately"

So you think that Legend of Heroes: TitS are trash?!?!
dude, i hope you're just kidding -_-

Ys and Legend of Heroes are the latest they've been releasing though. There are also other games and they aren't too bad either. NISA doesn't really have variety to be honest and their localization quality is really sub par compared to Atlus or Xseed.

xseed is awesome, thank you for everything

.
I've enjoyed Ys series in English thanks to them, also the brilliant Ys Seven.

Xseed and Atlus are actually my top favourite publishers. If it wasn't for them, I would have never discovered some GREAT RPGs (and other types of games).

I would say ATLUS is the bravest, but a very close second would go to Xseed. NISA would be third.

Never heard of them but checked their site and their games are pretty cool and rare to find in the sea of mainstream titles that take the spotlight every year.

Will pick up Wizardry for sure! :)

JewMario's interview (it was around E3) with Wyrdwad (A Xseed employee. He's on GameFAQs and YouTube) was very interesting. See Xseed didn't have any open positions or anything and they told Wyrdwad they would call if they ever needed him. Wyrdwad later got a job accepted somewhere and was about to go to Japan, but the people never contacted him again. With a luck of fate, Xseed calls up and he got a job and stayed in America. I gotta hand it to Wyrdwad, he's an great man. Also he's REALLY excited about the next game Xseed let him bring over. He stated that he has personally worked on the game for some time and whatnot. He hinted it's a PSP horror game and Siliconera has also covered it (this was a response to Siliconera) and it all pointed to Corpse Party Blood Covered. Originally made on the PC pre-2000 with RPG maker. It was remade on the PC some years ago and ported to the PSP by 5pb. I'm ecited for this game as well hehe. Can't wait for Trails in the Sky SC too!
EDIT: Wyrdwad is the man responsible for convincing Xseed to publish the Ys and Legend of Heroes Trails in the Sky series in North America btw

i hope they announced LoH Tits 2nd, 3rd, and Zero no Kiseki localization :)

Rune Factory Celebrates Its 15th Anniversary With a Special Trailer

Story Of Seasons (And Success) - An Interview With XSEED Games' President, Ken Berry

Sakuna: Of Rice and Ruin Launches Console Retail Editions for 2020

5 Best Indie Games From EGX to Have on Your Radar