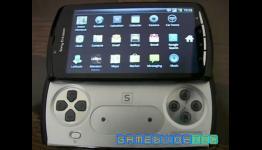 Tech savvy readers are well aware of the Sony Ericcson device and it's been a slow push getting the desirability to market mainly due to lack of content and games that would make it useful. Some folks have mentioned that having to re-purchase a PS1 title just to play it again on your phone doesn't seem fair. That's all about to change, at least for one hacker.

It's a Playstation, of course it was hacked

It's running on Android, should anyone really be surprised with this?

Actually this is a reply to Information Minister.. the old story was the original hack story. This is a new story about HOW it's just been hacked to play PS1 games, kind of a completely different story. In your eyes, if one writer ever writes, PS3 hacked, then if it was ever hacked 'again' that would also be old news.

The Xperia Play has been able to play PS1 games from day 1, hacked or otherwise. There's no shortage of PS1 emulators for android. That IS old news.

If anything, the real news here is that someone has found a new way to play those games by hacking the built-in PS1 emulator on the device, which is what the title should have made clear in the first place.

It kinda needed it. Sony should just get smart and release an emulator with free roms anyway. Or cheaper to buy roms, like $.50 each.

Beneficial how? giving the PS3/PSP community the middle finger in favor of the mobile crowd. Or dropping all prices and losing a lot of money

Edit: Also a PS1 game packs more value than an Ipod app, So app prices shouldn't really apply, if anything it should have the same availability as PSN price and content wise, As far as its hardware can carry it

Lossing money how? for 50 cents a game, a lot more people would buy them. This would more than cover any cost it took to get those games on the phone.

But yeah, it would be a huge middle finger to PSP and PS3 owners.

You have a solid point there, sales would likely outweigh the loss in money, Only conflict I could actually imagine would be maybe PS plus users would see their weekly free game value decrease. It would be a very good idea though, If I could pick up PS1 titles at that price I would certainly have a larger PS1 library on my PS3

Somebody needs to hack my ps3 so i can play my damn ps2 games.

Too bad, Sony wants you to buy their rereleases (which I'm sure why they removed PS2 compatibility...)

the developers/publishers wants u to re-buy their re-releases.

if u want backward compatibility.
sony offered one for 399 when the 20gb fat dropped in price.
but ppl didnt buy it. oh well.

always been the better option vs the BC PS3's

that sentece makes no sense what so ever, did you play them on the ps3 when they ps2 first came out? think before you speak

How is it the better option? I mean, is there any advantage to play PS2 games on the PS2 rather than on the 60GB/20GB launch PS3s?

Edit
I don't see how my sentence makes no sense. You said that playing PS2 games on the PS2 is a better than playing them on the PS3, and I asked how it was any better. You and I never mentioned when PS2 games were played; by the way you commented, I assumed you meant that still to this day PS2 games play better on the PS2, and asked you in which way.

You compare the PS2 to the BC PS3, and when asked how the PS2 is the better choice, you answer by saying that the PS3 wasn't released when most PS2 games were being released, which is true, but completely irrelevant to the matter at hand.

The PS3 has upscaling abilities that the PS2 doesn't. So if you're playing on an HDTV, the BC PS3 is the better option.

Not to mention being able to play on an official PlayStation wireless controler.

Is the rumbling supported on the PS3 BC?

It was only a matter of time

so someone hacked a playstation phone that has a bunch of ps1 games.....to play ps1 games? alright whatever floats there boat

...for free. That floats any boat

Time for Sony to sue whoever hacked it, have a long, drawn out court battle and then have their phone/psn/ services taken down by hackers! Hooo Rah!

... and suing Hotz and removing OtherOS feature (which I paid for) did wonders to prevent piracy.

I don't think they'll sue him, he hasn't released the app to do it to the public. Just proved he could do it so it's a feather in his cap anyway.

It's running Android. The OS has been hacked as long as its been on the market.

SONY released the bootloader for this phone when it was released. This is not a hack! Just saying it's been hacked to get hits isn't cool.

According to Kotoku and Gismodo it's a new hack, so what's your problem prodg52? Also the author isn't trying to get 'hits' as you put it, he resourced the original article anyway, so your hating is going to waste.