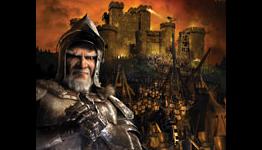 CheatCC - It's good to be king, according to one cliché, and in 2001's hit PC game Stronghold, that was definitely the case. As the leader of a small fiefdom, you had to keep your people happy (or at least scared), besiege other castles, and defend your territory against attack.

cheatcc.com
- Comments (3)+ Comments (3)
TopNewestOldest
The story is too old to be commented.

My Dealings with Excruciatingly Bad Games

Double the trouble in The Legend of the Dragonflame Highschool Collection