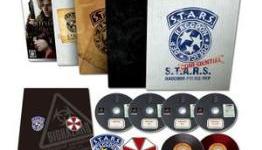 The survival horror series, known as Biohazard in Japan, celebrates its 15th anniversary this year, and the limited run Biohazard 15th Anniversary Box contains five games from the series.

In addition you get the following extras:

They finally bring something out which could appeal to the west but they're not going to release it.

Come on Capcom, don't bullshit and say something like "There won't be enough high demand for it" because trust me there will be. God I can't even import it since I live in the UK

Just a word of warning, this article is wrong. None of the PS1 versions will work on a US or EU PS3. Only PS3 Games are region free!

And kudos to Capcom, for NOT bringing it state side. I keep hoping this company will turn around, but it never seems to.

"And kudos to Capcom, for NOT bringing it state side."
That's an awful hipster thing to say

I don't understand your post... Quoting that single statement of my post does not get the point across, please ready the following portion.

"I keep hoping this company will turn around, but it never seems to. "

What you quoted was sarcasm...

Are RE1,2&3 HD or just the same as PS1. If it's the same you might as well just buy them off ebay for less than a fiver each

This is the kind of thing I've been waiting for. Hopefully, if they have any sense, it will be released state-side

This is a true niche limited edition aimed for the japanese market, Resident Evil fans already know that. If you want it, import it :)

The Japanese are sitting on tons and tons of cash, because they always get these rare gems and I bet to them it's just like us getting our regular collectors edition but if they were to sell it say ebay and post to Europe and USA they would make a huge amount of cash!

:( plz come to the states

This is only for japan!Even RE 4 and CV HD are going to be only digital released on the west and the japanese are getting it on DVD and Bluray!Capcom sucks!

Resident Evil Games That Still Deserve A Remake More Than RE4