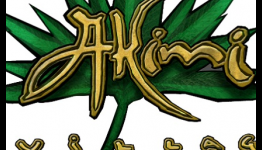 Lindsey writes: "For several months PS3 owners have been most jealous of their 360 counterparts as they’ve been the recipients of all the NinjaBee goodness. Fortunately for the Sony lovers, NinjaBee heard their cries and recently released Akimi Village. As a game that I like to call Keflings version 1.5, how does it hold up to previous offerings?"

"For a game to draw me in after only playing it for 9 minutes or so, and for it to make me want to plunk down a couple hundred bucks on a PS3, is a triumph in itself."

To say that you bought a PS3 just for a PSN title that is very similar to a title you already own on the XBox 360 is not saying much about yourself. So many other reasons to buy a PS3. This PSN title is NOT a system seller regardless of what the author thinks of the title.

Don't get me wrong. The title is worth a purchase being a quality NinjaBee game... but only if you already own a PS3.

I respectfully disagree, but that's my opinion. We were going to eventually get a PS3, as we like to own one of every console, however after playing Akimi Village at E3 I wanted to get the console sooner so that I could play the game at launch rather than waiting for a game like Twisted Metal to hit shelves. To be perfectly honest, there haven't been many PS3 exclusives that have made me want to get a console as most of what I am interested in is multi-plat, like Assassin's Creed, Borderlands, Castlevania: Lords of Shadow, Dragon Age, Mortal Kombat, Portal 2, etc.