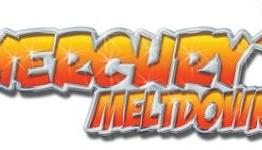 UTV Ignition Games has announced two new releases in the Mercury franchise, Mercury Meltdown for iOS and Mercury Hg for Xbox LIVE Arcade for the Xbox 360 and the PlayStation Network for the PlayStation 3. Mercury Hg expands on the qualities of its predecessors, crafting sixty all-new deviously constructed levels filled with hazards and obstacles while adding improvements and polish to almost every aspect of the game.

Kill it with fire.