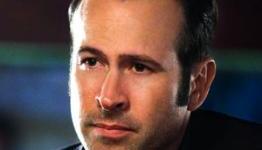 Long before he grew out his stache and became a lovable mainstream fixture as Earl Hickey on NBC’s hit sitcom, “My Name Is Earl,” Jason Lee fell in love with skateboarding. The former pro skater first got on a board at age 5. These days, the Southern California native spends more time in front of Hollywood cameras – he’s currently filming the second season of TNT’s “Memphis Beat” in New Orleans -- than on a skateboard. Gamers most recently saw and head Lee as Coach Frank in Electronic Arts’ SKATE 3 game for Xbox 360 and PlayStation 3. Lee talks about his TV series and his “old school” video game days, in this exclusive interview from the set of his show.

Memphis beat??? That's Earl to me.

Jason Lee is a fantastic actor. I really hope he stars in some future movies, not just TV shows.

I agree. Before he goes batsh*t crazy. I've heard he's into scientology, which isn't a good sign.

Scientology? Really? Wow. Not a good sign at all.

He's a Scientologist now, so obviously his decision making ability has been impaired. Was this an interview or an "audit"?

Loved him and Mark Gonzales in 'Video Days' true skateboard geniuses, still got the Transworld Skateboarding Mag where Jason Lee was introduced, these guys were true originals/good guys/talented artists that helped establish skateboarding culture and made it into what it is today.

He was in a lot of Kevin Smith movies. He's great. I liked him in Earl too. Haven't seen memphis though.