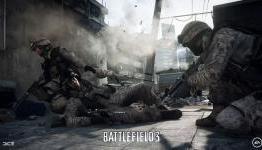 Now Till October – EA Goes After Activision “Leaving Nothing Behind”

So the battle’s begun in earnest, then. Activision has held the number one spot in the shooter department for a very long time – years without mention, however EA held that spot first. The firm wants it back. It tried last year with Medal of Honor but that didn’t work, as the game merely sold 4 million copies. Now in other fights, 4 million would be stunning, but in Call of Duty’s playbook, it’s just a baby still sucking its mother’s breast.

Yes indeed. And I also think EA's bragging way too much while Activision just remains focus.

they really shouldnt do that.

its a sign of weakness when one talks bad about others instead of good about himself.