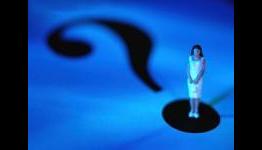 Another E3 has come and gone. So now is is the time to decide who won? Nintendo, Sony and Microsoft all brought their games this year but only one can stand victorious.

What does that has to do with anything?

Anyway, it's all about your personal taste, Some like Nintendo Better, Some though Sony nailed it.

I think Sony just had much more content to show during their conference.

Microsoft spent to much time with Kinect and multiplatform games.
And Nintendo announced a few 3DS games and showed off the Wii U's tablet controller thing.

Here's why I also think Sony won:
http://youtu.be/8DUdGTZnQ3c...
Along with games for the PSVita, like a new BioShock, SFxTK, new LBP, etc and a good price point of $249 sold me.

I liked what Sony and Nintendo showed

How do you solve a problem like E3? | Opinion

We're worse off without E3