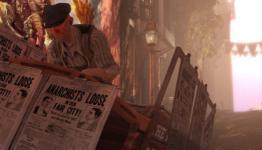 Irrational Games boss Ken Levine was at Sony’s press conference to announce PS Move support for Bioshock Infinite, and also a Bioshock game for PS Vita. The latter game, however, is not an Infinite spin-off, but will be a new title altogether.

Bring them on PLOX