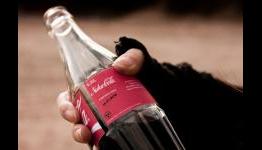 The death march: the problem of crunch time in game development

Horror stories are constantly surfacing about the lengths game developers sometimes have to go in order to ship a game on time. The worst involve up to 85-hour work weeks—12 hours a day, seven days a week—which is more than double the century-old 40 hour per week standard. Extended periods of crunch can last up to a year, with sustained 60-hour weeks. This practice has earned a markedly less innocuous name than "crunch time." It's called "the death march."