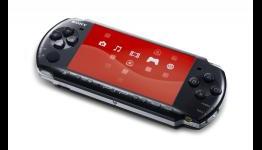 Looking Back at the PSP

iAX: "When the PSP was unveiled in E3 2004, sanguine expectations about the portable success emanated all over the internet. With the incredible success of the PlayStation brand, the portable console was poised to conquer a new market. Executives at Sony said that they would be the ones to take handheld console gaming out of the ghetto. Fast forward to 2011, with 70 million sales the Sony PlayStation Portable is without a doubt the most successful competitor to challenge the Nintendo-dominated handheld console market. E3 2011 is when the successor of the PlayStation Portable will take center stage, to show details of the upcoming release and the game lineup. This successor is an heir to a unique console in the world of gaming. The PlayStation Portable will go into the sunset having a flourishing Japanese market, and an anemic American and European market. This console had a unique life that is worthy of study for any gamer."

i have played some very good games on the system but its time for NGP to take over !!!!

True. I'll always have my PSP around for years to come, and I've got so many games I've enjoyed. I would love to keep it around and from time to time play some of the games.

Someone on the NGP AR video wrote: "SHUT UP AND TAKE MY MONEY!"

Japan aside, the PSP's weakness here was mainly about having games that did not appeal to the American handheld market.

Handheld market, thanks to Nintendo, is still easily dismissed as a toy for kids.

Even if Sony wanted to change the game, the PSP's value proposition as the gaming machine for the 19 & up did not catch on very well here in the West.

It worked very well in Asia & Japan, yes. Because it had the boatload of games the Japanese market wanted. Although the casual kiddie demographic dwarfs the teen age & mature demographic everywhere, the PSP still managed to successfully own that market.

But here in the America, no. The PSP did not have the games most 19 below & the 19 up wanted, the DS's market.

2)putting games for mature gamers on a perceived kiddie plaything was a legit misfit.

I hope Sony learns its lessons an make the PS3 & NGP the well balanced platforms they needed to be.

in these hard economic times where many families only able to afford one console, these platforms needs to have all types of games from 5 year old kids to 50 year old gaming dads who have those 5 year old kids.

Gone are the days of everybody wanted to be 19. Today a platform needs to entertain all of the family members: young & mature alike at the same time.

not till Final Fantasy Type-0.

I'm not lookingback at the psp, psp is alive and it has the best lineup this year after the ps3!

well said istanbull, bubles for you.

I am playing Gundam Battle Assault, FF VII & Dino Crisis 2 on my PSP and having a blast!!!

I think one of the worst thing to hit Sony was the INTERNAL conflicts between its execs that cost them billions then coupled with the big cost it already invested in developing the PS3.

The one thing I noticed about Sony after its near collapse before they released the PS3 was they lost a lot of marketing & advertising money. Making them the least when it comes to advertising way below Microsoft & Nintendo.

Sony has superior products but least marketing and the gaming media calling that ARROGANCE is cringe worthy! Sony is the most cash strapped of the three.

If it were not for the internal conflicts with in Sony the PSP & PS3 could have been marketed & promoted very differently.

The economy is bad, people are going to be rejecting the 3DS and NGP for a PSP. PSP games are also cheaper so I don't see it going anywhere. You could also say the same about the DS too but graphics on the DS are super bad.

Am I stupid for just buying one? Just bought it for playing FFIX on the go.

No you are not stupid you have good taste and one amazing game to play on the go.

Like happythedog said, you're not stupid Liam. If you like JRPG so much, than PSP is the right choice (with NDS too). And there's a lot of great JRPG on PSP that you can try, such as:

Sad to say I haven't played one of the games on that list! I would love to be able to play Persona 4 on the go though

PSP was a good run , but im excited to see the NPG is making its way to shelves in a timely manner

I'll be honest here. When I bought it (release day), it was one of the worst timed purchases I could have made, then crisis core came out much later and it was finally justified. By this time I had two, one got "fried|" while updating with an OFFICIAL FIRMWARE (I still hold this ding against Sony to this day), so I bought another. A few months later I decided to PB my new psp because I felt that there was really a lack of games for me, yet I heard that you could run your old PSX games on it. So I did it. While doing this I found out that I could unbrick my "broken" psp by doing this. did it, now I had two PSPs rolling again. I updated one with official firmware and the other is still got custom on it. Since then I've played and finished the likes of Front Mission 3, Parasite Eve 1. The only games I have bought since Crisis Core where Tactics Ogre (my god this game is good) and more recently FFIV rerelease. So before this turns into anymore of a story...in my opinion:

PSP in terms of hardware was really nice for its time. Sony REALLY fudded up by not being able to spin its 3000+ psx library into its ecosystem through marketing. Because of this reason you had mass people "pirating" on this thing, and off course people jumped on it and said it failed because of that. No, I actually think Sony sold more units because of it, but just like buying a car though, a dealership doesn't make money on the sale of the car, the gravy is in bringing the car back to service at said dealership (software). not my best analogy.

Hopefully this won't be the case with NGP, because I havn't learned from my first experience...day one! lol