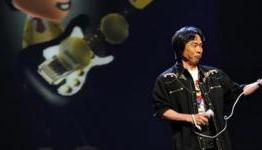 We’re closing in on E3 2011 and for Nintendo it’s going to be a huge one. A new console is on the way, the Nintendo 3DS will get its second big showing and then there’s Zelda! But what do Nintendo need to show? With the feeling toward Nintendo at a bit of a low they need something special, something magic!

If reports are true that the Wii successor is slightly more powerful than both current HD consoles then Nintendo needs to show us a reason as to why we should abandon our current systems for something only slightly better in performance.

yeah i'll agree to this.
but sheer power isn't enough for me to switch. They are also gonna have to show me that their online network has improved significantly. I mean they really need to get rid of friends code. If they can show me an online system thats on par with either live or PSN and the system is just as powerful if slightly better, then i am in.

I'm not gonna abandon the system but it will give me a reason to buy Nintendo console.

Seriously, where are you people getting that from? The rumors state the exact opposite: It'll be SIGNIFICANTLY more powerful than the PS3/360. Both IGN's and GameInformer's sources have stated this.

I don't get it, people keep saying something that was never even said.

all the BS it generated from people (maybe even from you..i said maybe) expect it.

I think Nintendo are gonna own this e3 here are my predictions...

Nintendo stream announced with march 2012 release date and a price of around £ 250.00
Launch games to include Metroid, f-zero, mw3 + others!
Console will be for the core gamer with a built in harddrive, no friend codes for online
but no Blu- ray!
Will show or mention Mario and zelda games in production for new console!
The console will be more powerful the 360 ps3 but not a huge amount more powerful!
There will be some surprise exclusive game announcements for the console from the likes of sega, konami and ea!

oh boy, you will be soooo disappointed...

they need new franchises, they been spinning off mario and zelda since the 80's.. They need fresh IP's for this new console

I agree. they need more than shovelware mostly is my main gripe.. I dont wanna own a console where the most they have to offer is computer games/mini games...

"They need fresh IP's for this new console"

But what makes that guarantee you will buy it?

yet, their new ips in this gen didn't sold well...

ppl keep saying they want new ips, but never buy them when they get released...

They should show us how games from third parties will differ from games they are making for ps3 and 360. IMHO it will be like PC versions of the games: higher resolution, better textures, increased framerate. But will these things be enough to warrant a buy?
It seems likely that third parties will wait for the new consoles from Sony and MS untill they will reinvest in new pipelines. But by this time the new Ninty console will be the weakest of them again! I have to admit that I would love playing a Zelda game in HD but it will be at least two years from now untill this will happen.
Nintendo will need something which will show us gamers that it is worth to buy it. The controller looks promising but if I want to play with my buddies I will need additional controllers.
This leads me to my main advice for Ninty: aggressive pricing of hardware and peripherials!
They made so much cash from DS and Wii, why shouldn't they try to sell it with a loss? Pushing the userbase would be clever and they have two full years of doing so (arrival of "PS4" & "Xbox 720" in 2014 assumed by me).