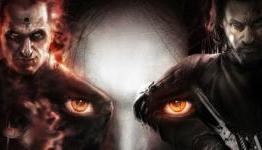 F.E.A.R. 3 is the next installment in the F.E.A.R. franchise being brought to us from Day 1 Studios. Oddly enough, Monolith Studios have dropped out of the development process altogether making this latest entry into the series the only one without their input. Originally announced in April 2010, F.E.A.R. 3 has suffered multiple blows due to delays. From late 2010 the title was delayed until March 2011, then to May and more recently to June. Players may be wondering whether it is worth even caring about the game anymore, but the recent details that have surfaced certainly provide a reason to begin the excitement once again.

Gotta say the co-op in the game is making me think of picking this up, all just depends on whether or not anyone I know plans on picking up the Duke or not.

I liked 1 more than 2, but like you, the co-op has me picking this up

15 Horror Games That Deserve a Comeback

Editorial: Will There EVER Be Another F.E.A.R.?

11 Most Notorious Gaming Sequel Set-Ups That Never Followed Through