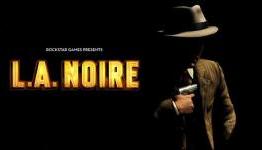 The Mean Streets Of L.A

On May 17, Rockstar Games will launch a new video game called L.A. Noire, jointly developed with the Australia-based company Team Bondi. An action-packed detective thriller set in the mean streets of Los Angeles in 1947, it’s already generating a great deal of advance buzz. But you don’t need to be a gamer to get excited about one of L.A. Noire’s signature features: the designers have recreated an authentic virtual Los Angeles, starting literally from the ground up.

How about Google L.A. Noire Maps? That's gotta be enough info to make it possible.

The Only Remake We Need Is L.A. Noire