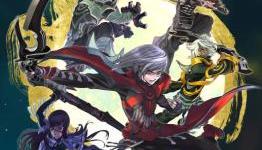 If Square Enix made a Moon Diver sequel, it would be called Super Moon Diver

Are you enjoying the classic style 2.5D action of Square Enix's Moon Diver? Then you're probably ready to talk sequel (well, if you're playing on PS3, that is -- the 360 version hits today, a little over a month after the PS3 version's release).

In an interview posted today, 4Gamer asked Moon Diver's producer Takehiro Ando and planner Koichi Yotsui if there are chances for a sequel.

wow so didnt see that 1 coming

Why would they make a sequel to this crap!

Im a huge fan of sidescrolling action, and arcade games, but this game is mediocre at least, Outland is what we need.