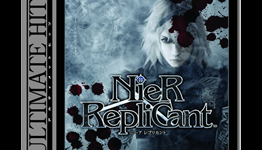 In Japan, Square Enix is celebrating the re-release of Nier. The cult hit went back to retailers with Ultimate Hits packaging and a lower price. Producer Yosuke Saito hopped on Twitter asking players who purchased the popular edition to run through Nier twice since that’s the beginning of Nier.

I pity any poor sap who wasted hard earned money on this game. A friend of mine who is obsessed with Square and Final Fantasy games did.

The game story, music and characters are amazing.

Gameplay could been a bit more polished, but it's the perfect mix of action and bullet hell, which adds a lot to it.

I actually regret not buying it.

lol im with you Shadow Nier is a damn good game music and story.

Nier was awesome! I don't regret my purchase one bit.

one of my favorite games, this game is fantastic, ive already played through it like 5 times but ill be back later to play through again, its that good

The thing with Nier is that everything about the game was great with the exception of the game play and the lack of polish. Pretty much every review out there(even the negative ones) agreed that had SE given the game the amount of attention and polish they give their more mainstream games like Dragon Quest or Final Fantasy it would have been a much better game.

Which is true. The characters and story didn't match the lack of polish and refinement of more main stream games. It should have been much more polished from the get go and the fact that no one at SE saw that is quite sad to be honest.

I think they should surely give the game another go and this time give it the attention it deserves.

´This game is amazing.

One of the most underrated games this gen, and the best title avalaible under SE' s brand.

I just hope that Cavia can get a decent budget if they do a sequel.

i agree. it was a grossly underrated title. i picked it up for 15 not expecting much but it was a pretty awesome game. great music, great characters and all around something different to play.

Yeah, boss fights are among the best of the last few years I think. A very unique gaming experience, atmosphere is what I liked more.

Cavia was disbanded and absorbed into AQ Interactive. Not to mention, Yoko Taro, the director, resigned. If there was another Nier, Square Enix would be making it entirely by themselves. But I'll remain opitmistic and believe that more Nier would be a great thing.

Wow, I didn' t know Cavia was disbanded, I just tought they had some resigned.

Aww ... I don' t thrust SE anymore, I can not have a positive mindset if I think that Nier 2 would be totally in SE' s hands ... expecially if they lack even the old good director.

Nier's producer, Yosuke Saito, works at Square Enix. If they put him in charge and outsource Taro, they might at least have some strong creative direction for another game. I think they can make it work if they put enough effort into it, but who knows what the future holds for Nier? It apparently sold pretty darn well in Japan, so I wouldn't be surprised if SE decided to capitalize on the franchise. Last I heard, they were at least looking into more Nier titles (could be a sequel or even a spin-off).

Gotta check this one out seems pretty decent.

Maybe he should run through all games Square-Enix has made since Squaresoft and Enix merged and he might see why everyone wants him fired.

FUCKKK YEAA SQUARE ENIX
U BETTER, it was the only decent game u released in 2010.

(and yes u think im saying that FFXIII is not decent?)
well its not decent, why? because
a FINAL FANTASY GAME SHOULD BE EPIC AND WILL BLOW YOUR SOCK OFF. FFXIII wasnt mind blowing so for me its MEDIOCRE
:D

The "beginning"? Does that mean they're planning a sequel?

Hands down the most misunderstood title of the generation.

Exploring the Role of AI in the Entertainment Industry