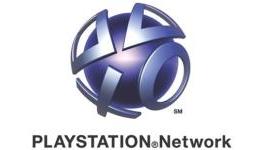 On Tuesday, April 26 we shared that some information that was compromised in connection with an illegal and unauthorized intrusion into our network

Adhttps://www.youtube.com/watch?v=IJUbGKExS0A
- Comments (71)+ Comments (71)
TopNewestOldest
Expand all
The story is too old to be commented.

No date for PSN return sucks, especially knowing the date is SO closeeeee

May 4th I think

if you want to play online xbl is working RIGHT NOW

dont be scurred and confoosed

Or you play on steam, aka the service that shits on both PSN and XL.

I was definitely hoping for a more specific return window.

So no CC info and no passwords were leaked....
Soooooo many BS articles lied about this or made rumors from stupid NeoGoof troll posts and clueless idiots who got their info stolen from other sources.

Happy to see Sony is keeping us in the loop. It's going to be crazy when it goes back up. Anyone up for some Killzone 3?

Man, it's really depressing man. I don't have any PC games.
been playing a little of this battlefield play4free for a few days now

@ImHereNow, I don't pay to play online man, never will

i just picked up uncharted two a couple weeks back and started playing it. Great game to kill time with while waiting for psn to come back up.

Yeah i am behind everyone else in playing this game but it is still a fun game none the less.

I havent finished the first before playing this one so I hope I am not missing any plot lines between the two.

Me too can't wait to jump back on killzone3...

Ill look u up on psn paul_mooney Expert tactician..

so no one email was hacked into like that past article stated then?

Ya wolf there is a very good chance that article is FAKE!!! Just like the articles saying people had thousands of dollars taken from the credit/debit cards because of PSN.. They probably had the money taken but it was probably due to the fact that they replied to that Nigerian with 59 million dollars....

'Ya wolf there is a very good chance that article is FAKE!!!'

its actually been posted on the official playstation blog!!

i think he is talking about the Gmail account stolen article, not this blog update.

it's practically impossible to extract a password from a hashed string. (unless it's a MD5 hash, but this isn't used anymore, except by amateurs)

now most use SHA
http://en.wikipedia.org/wik...

so yea, those articles who state that their emails got hacked are prob fake

Every self-respecting developer hashes passwords(like me)

EDIT: disagree all you want, but keep in mind that I develop database-driven sites and applications for a living.I know about this shit

Just ignore the basement dwelling expert disagreers who probably wouldn't know which end of a server is up.

but didnt they say in another article that the passwords were encrypted?

That's the thing. Sony is taking their time to create stronger security measures and they are keeping their customers updated on this. Apparently some people in the comments don't care about these security enhancements... All they care about is knowing when PSN will back online so that they can go play CoD.

The only update I want is when will the US PSN be up and running. *sigh*

in other words, this update means no PSN today, maybe tomorrow

I was playing on live earlier actually, but I still want psn up asap cus I can't play socom on live...

well now we know it was pointless for me to change my other passwords if they did use hash algorithms.

It will be up by tomorrow

Will probably be up at some level by midnight tonight. Not fully, but accessible to users.

Yah, they said online play will be available soon, hopefully before tomorrow / the release of MS:A, and the other functions will return within a month (most likely the PSN store, adding funds, and such).

probably, since the told 'within a week' las tuesday... so yeah prob...

so when is it gonna be back ? tomorrow ? they didnt say anything about it

They said within a week last tuesday it will be up

Most likely it'll be up by 2morrow right now Sony's bein shady about it. My regards from XBL stay strong PSN users.

thanks n ur right

I have to show my fellow gamers some love no matter the console, I just wish other xbox fanboys would wake up and realize what just happened to millions and millions of gamers.

Awesome, so most of the fanatical stories that were posted last week were total BS. The media for the most part did a great job lieing to us, what a shame.
Good to know that Sony did in some sort encrypted our passwords.

Course they were BS. Most of the media news that gets posted have no idea what they are talking about or just wants to get in with the hits.
It's all about hits to them, even if they have to make up a story

ya people were saying that they weren't encrypted and getting people worried and now we find out they were using a method better than encryption in this scenario.

It's sad they keep having to respond to baseless rumors.

Should be 3rd may

@DrStabwounds
much like this one but it was updated saying it's now "FUD". media rushing in to take a stab only to face the blade theirself.

who knows?it will be up when we none expect it.

Oh my god really? The top 6 news articles on N4G about the whole PSN thing. Sure it's important but I'd actually like to read a bit more about games once in a while...

Sony Corp. says that hackers may have taken personal information from an additional 24.6 million user accounts after a review of the recent PlayStation Network breach found an earlier intrusion at its online entertainment division.

The data loss comes on top of the 77 million PlayStation accounts it has already said were jeopardized by a malicious intrusion.

The breach occurred April 16 and 17 -- before the PlayStation break-in. About 10,700 direct debit records of customers in Austria, Germany, the Netherlands and Spain may have been stolen.

A further 12,700 credit or debit card numbers elsewhere outside the U.S. may also have been stolen, it said.
Sony says it shut service to Sony Online Entertainment games such as "DC Universe Online" early Monday morning.

It's called "the news". CNN, Reuters, Fox Business, MSNBC, CBS. Not hard to find if you look at anything beyond this twaddle.

I was hoping for the May 3rd Update, but from what I heard its gonna be sometime this month, which tells use nothing really. :(

wouldnt get my hopes up guys , will prob be in another week.... MAX

definitely not today cuz every1s gnna expect the ps store or somethin, my guess is friday

Like i stated before the media has overblown some parts of the issue to almost titantic proportions. They assume that they hackers have their hands on 78 million creditcards when the truth is that the informations was encryptid.

For PSN being free and all I am impressed with how sony is handling the issue. And despite what some people might say PSN shall be back soon and they wont charge you for multiplayer. Knowing that Sony will do anything they can to prevent this from happening again is a sign that they really do care about PSN users. Even though the majority of them have free accounts.

Of course dont get me wrong they care about us because we buy content from PSN from them and that is something they dont want to loose because of this incident.

if you want to play online xbl is working RIGHT NOW

dont be scurred and confoosed

Sony Left You No Choice

I though it was supposed to be back online today?!

I've been as patience as I can so far but now this is gettig beyond a joke. When the f*ck is it coming back online?!

Sony Left You No Choice

Cntd.
I bought another new 360 about 2-3yrs ago after I was sure the problem was more or less fixed due to Falcon chip, but 1 week after purchase I loaded up a game & was playing then all of a sudden after less than 1hr of play..kaput, 3RR'sOD. I returned the machine, & the dude serving said these chips didn't resolve the problem, but a new version had been released with a newer chip that was better....I trusted the clerk & took the new version instead of a refund, Wii or 2nd PS3....and this 360 is still going (touch wood), although it has had sweet F.A. usage due to my massive collection of PS3 titles (exclusives & most multiplats).
So seing desperate MS fanboys jump on Sony's ass about something that was beyond there control is weaksauce as opposed to the RROD epidemic that is still pathetically high....and the media hammering Sony & letting MS off the hook for a worse problem due to the fact that it's MS's fault completely & was not sorted out before 360's release & still isn't, is completely baffling. MS has successfully swept the RROD problem under the rug....and now MS fanboys see fit to compare a total hardware system meltdown that renders your entire consoles functions useless due to being fucking broken due to the fact the machines design was a fault ridden shitbox of an idea, and MS's woeful display in admitting the problem hurriedly & then when finally disclosing the fact the machine had faults, they undersold the percentages by about 77%, to Sony's online service being hacked into by thieving criminals...Way to go to show your desperation at the Sony hate girls...I thought the repeated Riiiiiiidge Raacer, & giant enemy crab was weaksauce, then the, "but teh PS3 has NOOO games", pathetic desperation took it's place,.....but now the hatred from fanboys being pissed with Sony for "allowing our information to be stolen", like they actually own a PS3, like they actually had hundreds of $$$$$ stolen from Sony for allowing there information to be used by the lovely innocent hackers.

this is butt man

15 Best Wrestling Games of All Time

Microsoft consolidating the video game industry is bad for everyone